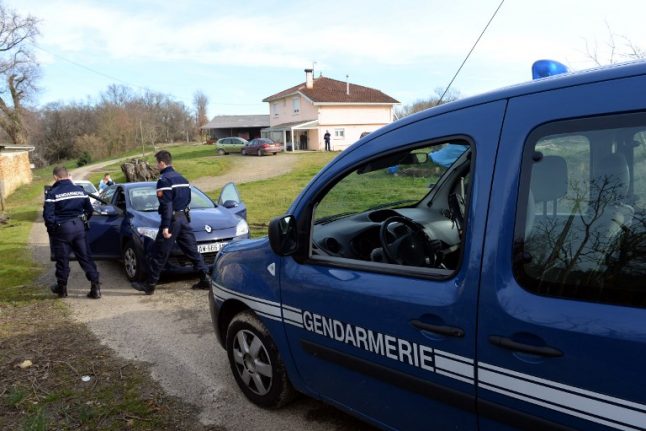 France’s Le Figaro’s newspaper has enlisted the help of analysts to rate the effectiveness of police and gendarmerie in all of France's mainland 96 departments.

This ranking, carried out with the help of analysts and based on figures by France’s Ministry of Interior used a so-called suspect rate as a barometer.

In other words, they measured the ability of the police unit to name a suspect for each of its open cases.

According to Le Figaro, Paris came “bottom of the class” in terms of police effectiveness when catching criminals, whereas police units in rural and suburban areas of France fared much better.

“Crime increased by more than 20 percent between 2012 and 2017,” which made Paris police's job of catching more culprits even harder.

For every 100 crimes, police and gendarmes in the capital were only able to implicate 22 suspects in 2017, a 36 percent drop over the five-year period.

This poor record pushes Paris to the bottom of the national ranking, just behind its Ile-de-France neighbour Hauts-de-Seine, where the decline in police productivity reached 28 percent, and another Paris suburb Seine-Saint-Denis in third with a much more reasonable 2 percent efficiency drop.

Conversely the department of Corrèze in the rural south-west scored the highest rate of police effectiveness, with an increase of 43 percent in the number of cases attributed to suspects, despite its 10 percent rise in crime.

READ ALSO: Where in France you are most likely to be the victim of a crime It was followed by Lot in the Midi-Pyrénées region of southern France with an increased police success rate of 34 percent to deal with its 16 percent rise in crime.

In third came Ardèche in the Auvergne-Rhône-Alpes region of south-east France, with a 21 percent upsurge in attributable cases vs a 7 percent increase in crime.

Despite their increase in delinquency, a trend which affects France as a whole, all three of these departments still have some of the lowest crime rates in the country.

According to Le Figaro they are also seeing “significant productivity gains in the judiciary process in recent years”.

SEE ALSO: What to do if you're the victim of a crime in France

In Marseille, a city with a reputation for lawlessness, crime has dropped by 10 percent over the last five years and the suspect rate has remained stable.

It’s joined by Yvelines just outside Paris and Var in Provence-Alpes-Côte d'Azur as the only three departments of more than one million inhabitants which have improved their police effectiveness.

All other heavily populated departments in France, most of which include a major city, seem to be struggling to deal with the crime spike in a similar vein to the capital.

Some of the best performing police units are also found in the north-east of France, Le Figaro’s study concludes, with a high number of cases being solved in Meuse, Aube, Vosges, Haut-Rhin, Meurthe-et-Moselle and Haute-Marne.