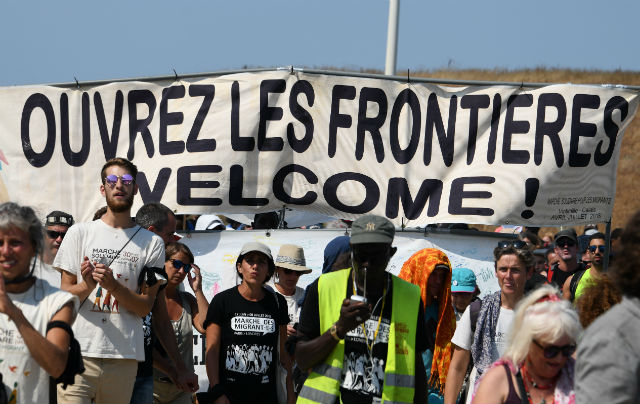 The activists, part of the “Tous Migrants” association, took part in a solidarity march of 100 activists escorting some 20 migrants over an Alpine pass last April.

They were responding to a blockade set up at a nearby mountain pass by several dozen far-right activists from Generation Identitaire (Identity
Generation) who were seeking to keep the migrants out.

“My conscience is clear, I have nothing to feel guilty about”, said Benoit, one of the three men summoned along with a woman by police in Briancon, southeast France.

“The concept of fraternity has no borders”, he told journalists Tuesday before entering the police station, where about 100 of the group's supporters
had gathered.

Three other activists are already on trial in the case, though a judge has delayed hearings until November pending a ruling by France's top
Constitutional Council on legislation covering aid to migrants.

Earlier this month the council ruled that people could not be charged for helping migrants who entered the country illegally, a victory for activists
who denounced prosecutions of what they called “crimes of solidarity”.

But even though the council codified the “principle of fraternity,” individuals can still be charged if suspected of actively helping migrants
cross into France illegally.

In the wake of the decision, a French court last week ordered charges dropped against a 73-year-old Amnesty International volunteer who helped two
underage Africans enter the country.

The cases come as the government of President Emmanuel Macron is pushing through parliament a tough new immigration law which would speed up the asylum process and accelerate deportations.