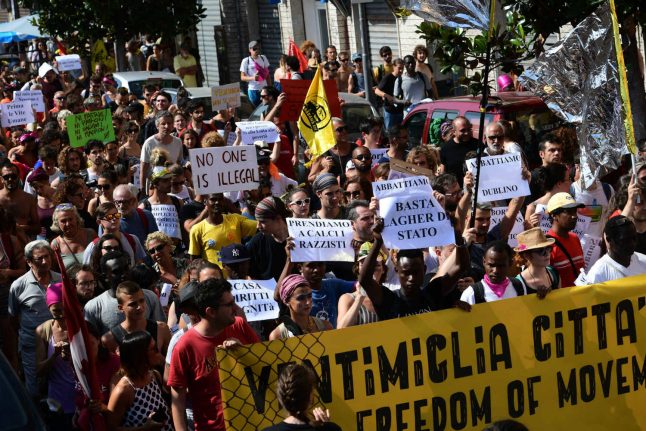 They said about 3,000 people — mostly Italian, French, German, Dutch and Spanish — marched from the small Italian town of Ventimiglia the four kilometres to the border with France which has imposed tight restrictions in an effort to turn back an influx of migrants.

There was a heavy police presence.

“A dignified welcome for refugees in a Europe without frontiers,” one poster read while others recalled the hundreds of migrants who have lost their lives on the risky Mediterranean sea crossing from North Africa.

Migrant aid groups, which organised the march, said it was to denounce “the brutality of the national and international policies” recently adopted as European states seek to halt a fresh influx.

Rome has also demanded that its European Union peers do much more to help Italy, which along with Greece has received most migrants, pressing efforts to stop them coming at source.

Ventimiglia has seen thousands of migrants from North Africa, the Middle East and beyond pass through as they try to get into France.