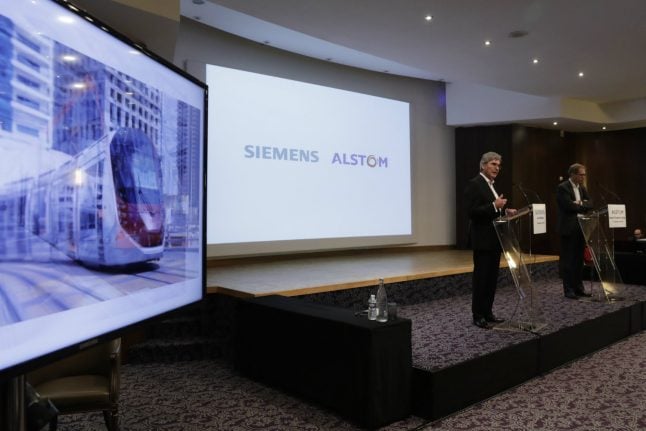 The merger is announced in September 2017. File photo: AFP

Announced in September, the historic tie-up is intended to create a European train-building champion big enough to take on world leader CRRC of China.

The European Commission said it was “concerned that the merger may reduce competition in the supply of several types of trains and signalling systems.”

Competition commissioner Margrethe Vestager said the EU would investigate whether the deal would “deprive European rail operators of a choice of suppliers and innovative products, and lead to higher prices, which could ultimately harm the millions of Europeans who use rail transportation every
day for work or leisure.”

The merger is a politically sensitive operation, with the group headquarters set to be in the Paris area and initially, Siemens will hold a 50-percent stake in the new entity.

However, the German giant will be able to increase its stake to a majority after a period of four years.

An Alstom-Siemens merger had been mooted for years and completes the transformation of the French group which sold off its energy business to American rival General Electric in 2015 for 9.5 billion euros.

If backed by regulators, the merger will create the world's top firm for rail signalisation and the number two for building train carriages.