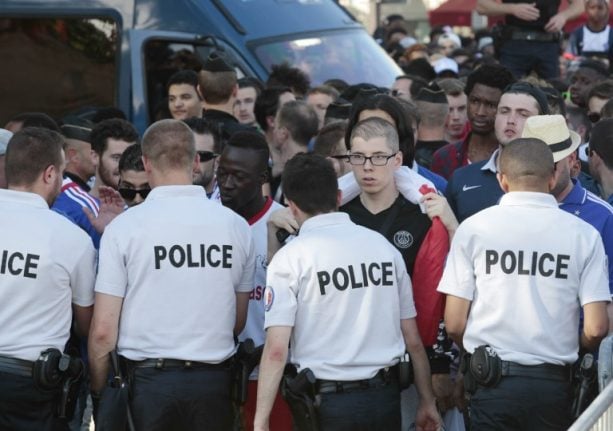 Announcing the security measures French Interior Minister Gérard Collomb said: “Everything will b put in place so the French can enjoy these festive moments with peace of mind despite the threat from terrorism which remains high.”

Paris will see a huge security presence this weekend with some 12,000 police and gendarmes drafted in for the annual Bastille Day celebrations on Saturday and the World Cup final on Sunday.

The ongoing threat from terrorism and the huge crowds expected in the capital over the weekend means police and gendarmes will be out in their thousands, and there will also be an extra 3,000 emergency medical responders.

Some 2,000 soldiers will also patrol the streets over the weekend, as part of the Operation Sentinelle which has seen troops deployed around Paris since the January 2015 terror attacks.

Paris police chief Michel Delpuech said the deployment of 12,000 officers for Saturday's Bastille Day celebrations and the World Cup final on Sunday was “an important measure to make sure the party is not spoiled by any tragic incidents”.

Saturday will see the traditional July 14th military parade down the Champs Elysées Avenue which will require a huge security presence and a police cordon set up around the area.

Saturday night will also see the traditional firework display at the Eiffel Tower where a heavy police presence will be in place.

On Sunday French football fans will flock to the city's bars as well as the giant screen that will be erected at the Champs de Mars under the Eiffel Tower in order to watch the final of the World Cup between Les Bleus and Croatia.

Security is expected to be tight at the Champs de Mars and fans can expect to be search several times on entry to the area. The fanzone is expected to accommodate up to 90,000 people.

“All access will be controlled, no one will get through without being searched and checked,” said the Paris police chief. If France win the World Cup early on Sunday evening fans will no doubt pour onto the streets as they did on Tuesday night after the semi-final victory over Belgium when people clambered on top of buses and blocked roads.

“In case of a victory for the France team, the celebration of this success will give rise to scenes of jubilation, crowd gatherings which we had a taste of already after the semi-final,” said police chief Delpuech, who said that the area around the Champs Elysées would likely be blocked to traffic in the case of a triumph for Les Bleus.

In case of a French victory, some 4,000 police officers will be on hand Sunday night, having already had a taste of what's in store after France
secured its place in the finals on Tuesday night.

Hundreds of thousands of people flooded the streets, snarling traffic for hours, with some clashes between youths and police erupting on the Champs
Elysees later in the evening, leading officers to fire tear gas before evacuating the avenue.

“If our team wins the World Cup, we'll block off vehicle access over a vast perimeter” around the Champs Elysees, Delpuech said, adding that it would be an unprecedented measure

“The goal is to avoid what we saw in 1998 when thousands of people attempted to reach the city centre by car, leading to three crashes and one
person's death.