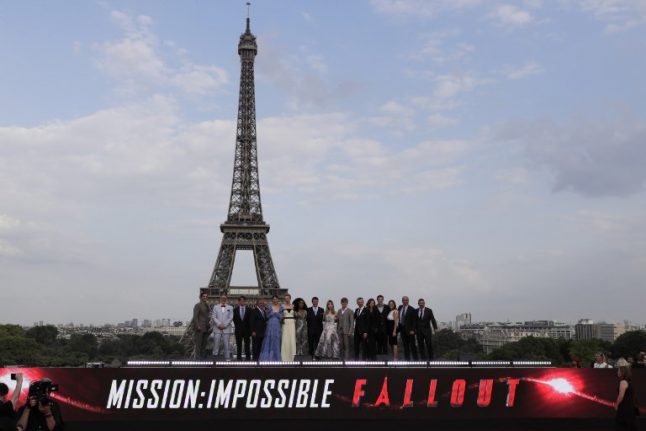 “Mission: Impossible – Fallout” is the sixth in the action spy series and stars Cruise as agent Ethan Hunt along with Simon Pegg, Rebecca Ferguson, Henry Cavill and Alec Baldwin.

The film, directed by Christopher McQuarrie, follows Hunt and his team as they race against time to recover stolen plutonium after a mission goes wrong.

Cruise, 56, known for performing many of his own stunts, jumped from the cargo door of a plane at 7,500 metres (25,000 feet) for one scene and broke an ankle trying to jump between two buildings during filming in London.