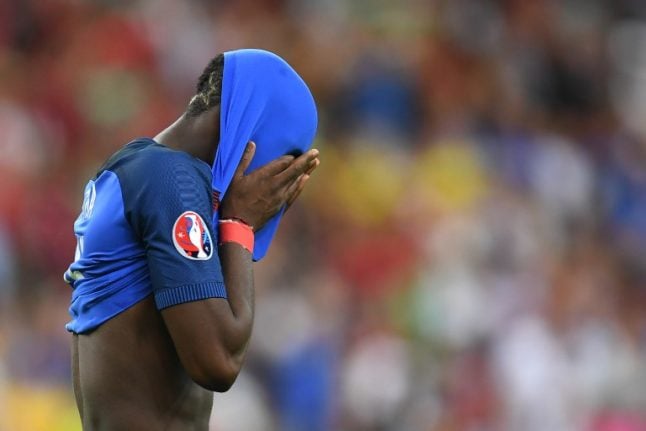 Didier Deschamps' team are firm favourites to win Sunday's showpiece in Moscow and become world champions for the second time — 20 years after their first triumph in 1998.

But they will come up against a hungry Croatia side boasting one of the players of the tournament in Real Madrid star Luka Modric, who is desperate to
win the trophy for the nation of just over four million people.

France failed to click in the group stages but they have gone up through the gears during the knockout rounds and look a formidable blend of youthful
vitality and experience.

They will approach the match at the 80,000-capacity Luzhniki Stadium full of confidence and with the pain of losing the final of Euro 2016 on home soil to Cristiano Ronaldo's Portugal spurring them on.

“The tears have dried from Euro 2016 but it's still there in a little corner of people's minds,” said midfielder Blaise Matuidi on Friday.

“It will be useful for us on Sunday, even if I don't like to keep bringing up the past. It will serve as a lesson to us and it means we know what it is
to play in a final.

“We'll approach it differently and hope that we play really well and win it. It's up to us to put everything into place to achieve our dream of lifting the World Cup.”

Fellow French midfielder Paul Pogba has echoed the desire not to be on the losing side in a final once again.

“I know the taste of defeat in a final. It's really not good, very bitter… we really want to finish well, with a smile,” he said. Deschamps' team are packed with attacking stars such as Kylian Mbappe and Antoine Griezmann but it is their defence that has shone in the past two rounds, not conceding a single goal.

Croatia — the smallest nation to make it to the final since Uruguay in 1950 — have battled through three periods of extra-time to reach the final.

That means they have played the equivalent of a whole extra match more than France.

But coach Zlatko Dalic said there would be no excuses despite their exertions.

“We prepared to get to the final and we want to play it,” he said. “Going to extra-time might be a problem along with the fact France have had an extra
day to recover but there will be no excuses.”

As the tournament drifts towards its end, FIFA president Gianni Infantino declared it the best ever.

More than one million foreign fans have visited Russia during the World Cup, according to FIFA figures.

“A lot of pre-conceived ideas have changed thanks to this World Cup,” said Infantino.

“Everyone has discovered a beautiful country, a welcoming country, full of people keen to show to the world what maybe sometimes is said is not what happens here.”

He also said the use of the VAR (video assistant referee) had been a success and praised the quality of the football, with just a single 0-0 draw in 62 games so far.