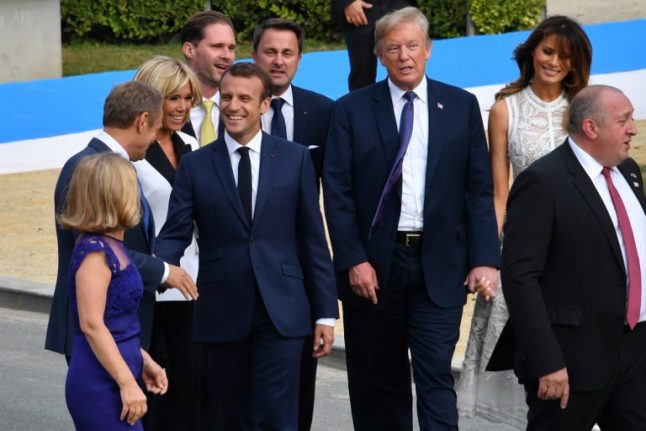 Macron said NATO was nevertheless “much stronger” and that Trump had, contrary to reports, never told his fellow leaders that the United States could withdraw from the alliance.

“President Trump knows that the United States has been able to find NATO at key moments in its history… I think that NATO is a good thing for the United States,” the French leader said, adding that the US was a “great partner, a great ally for us.”

Trump had “reaffirmed his commitment to a strong NATO”.

“As with all our summits, sometimes the corridors, comments and tweets take on more importance than what is negotiated, said or endorsed by heads of state,” Macron said.

“I believe only one thing: the communique we have approved, the strategy we defend and the seriousness we have, because it is the security of our people we are talking about,” he added.

Trump said there had been “tremendous progress” at the summit after he pushed NATO leaders on the issue, and that NATO countries were going to
increase their commitments to “levels they've never thought of before.”

But Macron responded that “the communique is clear: it reaffirms the commitment to two percent (of GDP on defence spending) for 2024.”

Trump had asked for the two percent figure to happen immediately, and for it eventually to be doubled to four percent.

Asked about Trump's criticisms of Germany, Macron said that Paris and Berlin had a “joint destiny” and that Berlin was an “indispensable partner” for France.