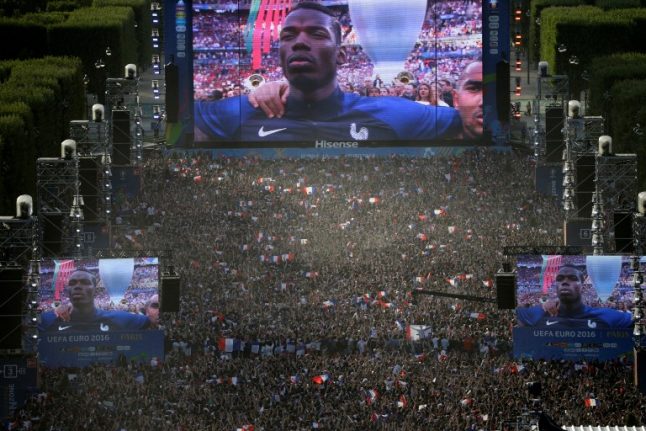 AFP
Authorities in Paris have decided to put up a giant screen for the World Cup final on Sunday so fans can watch Les Bleus take on the winner of the Croatia versus England semi-final.
Paris mayor Anne Hidalgo confirmed the move after France's victory against Belgium on Tuesday night. The screen will be erected underneath the Eiffel Tower at the Champs de Mars.
“We'll see you for the finals in Paris, and it will be on the Champs de Mars and there will be many more of us,” she said, speaking from the City Hall, where 20,000 people watched the semi-final on a giant screen. A security perimetre was installed around the screen and fans were checked before entering the fan zone. Tight security measures are also expected to be in place at the Champs de Mars on Sunday.
The Champs de Mars was home to a giant fan park during Euro 2016 when over 90,000 watched the matches live on the giant screen.
After Les Bleus beat the Red Devils 1-0 on Tuesday, hundreds of thousands of euphoric fans poured out onto the streets of Paris to celebrate, singing “La Marseillaise” and letting off firecrackers (see link below).
READ ALSO: In Pictures – France goes wild as Les Bleus reach World Cup final