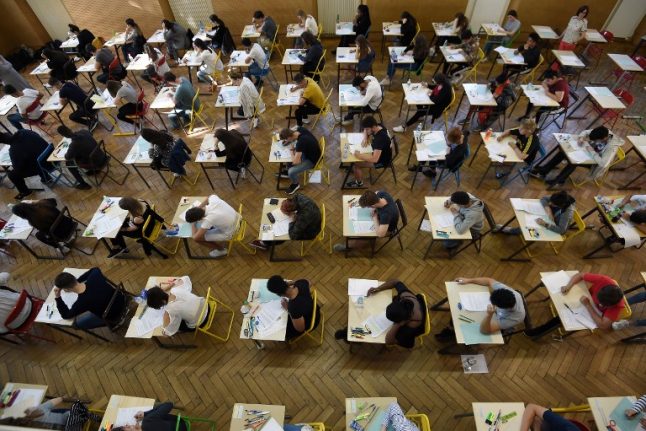 Whether you’re hoping to move to France to continue with your studies, to further your career, or even if you’re relocating for love, having your diploma/s recognised by French authorities could be essential depending on your situation and your plans for life in France.

French bureaucracy is renowned for being fairly complex and tedious, even more so if you aren’t fluent in French, so The Local has cut through the noise and red tape to get to the nitty-gritty of degree validation in France, whether you’re from inside or outside the EU.

When do I need to get my foreign diploma recognised in France?

In France, the legal principle of academic or professional equivalence with other countries does not exist.

That means that if you’re a foreigner looking to work or study in France, your prospective employer or educational institution may require a certificate of comparability for your qualification, a document that makes it as transparent as possible for them to understand it in a French context.

If you’re a non-EU national looking to live in France long term, many of the ways to achieve a visa de long séjour and eventually a French residency permit will require you to validate your foreign diploma for work, research or further study in France.

And despite the higher degree of cooperation across EU borders, there is still a high chance a prospective employer, university or other institution in France will ask you for an attestation de comparabilité for your qualification, even if you’re from another EU member state.

The first step in both cases is to find out from the person or institution in France offering you the position or opportunity what exactly it is that they require. If I do need my degree recognised to study in France, how do I get started with the process?

In most cases, you can obtain a certificate of comparability for your university degree from the French branch of the ENIC/NARIC Centre, The EU’s official information centre for the recognition of academic and professional qualifications.

If you’re planning to complete postgraduate studies France, get in touch first with your university of choice and find out if they will need a statement of comparability from ENIC/NARIC centre, as well as any other requirements.

Try to find out how long the application process is likely to take, keeping in mind that the degree modules you took and where your qualification is from can play a big role.

There’s also asking whether similar applications have previously been accepted, as this may give you an idea of whether the certification is likely to be downgraded to one of recognition of studies (more on that later) or if you’ll need to potentially sit extra courses at your French university of choice.

By most accounts ENIC/NARIC have a multilingual team at their disposal, but if you are going to give them a call and speak in French, this video will familiarise you with some of the language that will be used in the conversation.

If they confirm I will need to have my degree recognised, what documents will I need to provide?

– A scanned copy of your qualification certificate(s) in their original language.

– A scanned copy of the translation of your qualification certificate, completed by a sworn translator (only required if your qualification is not in English, Spanish, German, Portuguese, Italian, Arabic or French) . If you’re in France, a list of sworn translators is available at your closest town hall, tribunal d'instance (magistrates' court) or at your embassy. If you’re not in France, you can get an official translation into French through the authorities in the country where your degree was issued.

– A copy of a document that proves the official length of the period of study which lead to your qualification(s). This can be marks sheets, certificates of attendance, diploma supplement etc. Only your university can provide you with these documents. The EU recommends you use the Europass diploma supplement format to streamline the approval process.

– A scanned copy of the translation of this additional document/s (not applicable again if in the languages mentioned above), completed by a sworn translator, or an official translation into French from the authorities in the country of the qualification. Academic transcripts can be very long for some degrees, so if you can, choose a supportive document with fewer pages to save on translation costs.

– A scanned copy of one of your official identity documents.

All of the scanned documents should be in PDF format and under 2Mb in size.

ENIC/NARIC will check all the documents you provide tally up with the education authorities of the country where you completed your studies, so make sure all the information you provide is accurate and authentic.

Where do I send the application?

On the same page you will find a step-by-step guide as well as a link to their most frequently asked questions.

Once you register you’ll receive an email with your file number and within two days of your registration (if your file is complete) you’ll get the invoice.

How much does it cost?

It costs €70 to get a certificate of comparability from ENIC-NARIC. It can be paid via credit card or EFT.

If your application is rejected because the education authorities of the country where the qualification was issued don't recognise it, ENIC-NARIC will keep €20 for administrative costs.

What happens to my application then?

According to CIEP, your application will undergo the following steps before being approved or denied:

“1. All complete applications are upon arrival registered and a receipt is sent confirming your personal reference number.
2. An ENIC-NARIC France expert examines your dossier, carries out the necessary research and drafts the comparability statement. (It may be that complimentary documentation is requested, such as a colour copy of your diploma or the original)
3. Once the comparability statement has been approved, the CIEP's financial department will send a bill indicating the different methods of payment.
4. On receiving payment, your comparability statement will be sent.”

Here is the criteria CIEP and ENIC-NARIC France use when approving or rejecting comparability applications:

How long before I get an answer?

According to CIEP, finding out if your diploma has been recognised by their team of experts takes on average three to four months, while in some cases it can be just over a month.

If you’re in a hurry to get your qualifications approved and meet certain conditions, there is a 48-hour express service that costs €200 (not available in July and August).

What can lead to the comparability of my qualification in France being rejected?

ENIC-NARIC France says it’s unable to deliver a certificate of comparability for foreign qualifications that are:
– A diploma that isn’t recognised by the competent authorities in the country of origin
– A linguistic competency test
– A diploma awarded after less than one academic semester of training or study.
– An application that ENIC-NARIC’s team of experts have found too inconclusive.

Are there any other potential outcomes?

There’s also the possibility that the university or training institution will ask you to meet their own certification and criteria.

EU website Europa.eu gives the following example of how a lack of academic comparability can lead French faculties to ask more from foreign applicants:

“Kathrine completed a university degree in Germany. She then moved to France to pursue a postgraduate degree, but found that the French authorities did not recognise her diploma, requesting that she obtain a document certifying her qualifications from a French university.”

These certificates are useful for evaluating years of university studies or vocational training completed by the applicant, which may in certain situations help the school head to authorize an exemption from studies.

“After discussion with a French university, Kathrin was able to get her degree recognised as equivalent to a “licence” in the French system – a type of diploma obtained there after only 3 years of study, and which she felt covered much less ground than the studies she had already completed in Germany.

Nonetheless, she had to pursue 2 further years of undergraduate study in the French system before she could apply for the postgraduate course she wanted there.”

This kind of approval process by French universities may involve sitting an exam or may go down to a vote by a teaching committee, allowing you or not to continue with your studies at your level of choice.

What about if I need my degree recognised to work in France?

If a French employer asks you for a comparability statement for your foreign qualification/s, follow the same steps to apply as you would for study purposes.

But there is one other defining factor that will determine whether the comparability process is dealt with by CIEP and France's ENIC-NARIC : whether your job is regulated or not in France.

Non-regulated jobs are those that aren’t monitored by a central body affiliated to the French government, where it’s solely up to the employer whether to hire you on the basis of your experience and qualifications.

You may however still need to get your diploma recognised depending on your prospective employer’s requirements, the type of work and your nationality.

EU-regulated jobs in France are typically those that are controlled by a central directive, also including jobs where the training and qualifications are specific to France.

These can be doctors, nurses, dentists, lawyers and architects, among many other professions.

Becoming a regulated professional in France usually comes with its own set of specific requirements that the relevant professional association in France sets, on average a more painstaking process than for non-regulated jobs.

In these cases, degree validation and comparability will not be carried out by CIEP and France's ENIC-NARIC but instead by the relevant association for each professional field.

You can find out here if your type of work is regulated in France in this EU regulated professions database.

If you think it is, find the relevant French association for your field, for example for doctors conseil-national.medecin.fr, or for architects architectes.org, and get in touch.

There is a system of automatic recognition in the EU for professional qualifications for seven sectoral professions – nurses, midwives, doctors, dentists, pharmacists, architects and veterinary surgeons – but applicants in these fields still have to contact the relevant authority in France overseeing their profession.

READ ALSO: The trials and tribulations of moving to France as an American