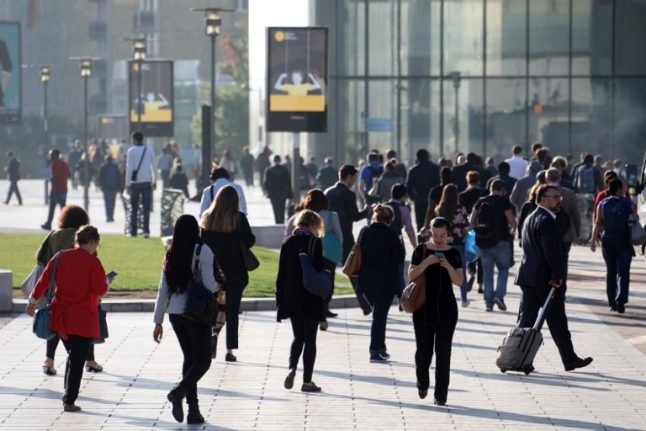 The figure “is much higher than the direct job transfers to other European financial capitals,” Gerard Mestrallet, president of the lobby group Paris Europlace, said at the opening of the group's annual conference.

The US asset management giant Blackrock and the bank Citigroup are among the companies planning to move some activities to Paris, according to British media reports.

On top of an estimated 3,500 jobs seen as likely so far, the transfers could generate an additional 20,000 indirect jobs in the French capital, said Mestrallet.

He attributed the shifts to Paris to labour law overhauls and other measures taken by President Emmanuel Macron, a former Rothschild investment banker who is pushing to make France more attractive to foreign investors.

“We've made more progress in the past two years in Paris than over the previous 13 years,” he said, citing in particular the end of a wealth tax on financial assets and a new flat tax on capital income, including dividends and interest payouts.

London has long been Europe's top financial centre, and analysts have predicted a wave of job transfers to the continent by banks and insurance companies as Britain prepares to leave the union in March 2019.

Leading companies in other sectors have also warned they might move operations out of the country, including Airbus, BMW and Siemens.

Paris has several rivals for the post-Brexit business, including Frankfurt, Amsterdam and Dublin.

Last Month French Economy Minister Bruno Le Maire denied that Paris is trying to make the most of Brexit and take thousands of jobs from the UK. He also sounded the alarm bell for the ongoing negotiations saying, “time is running out”.

Le Maire tried to rubbish the idea that France was openly trying to take advantage of Brexit to boost Paris at the expense of London.

“We don't have a predatory vision when it comes to Brexit,” Le Maire told The Local and other members of the Anglo American Press Association in Paris on Monday.