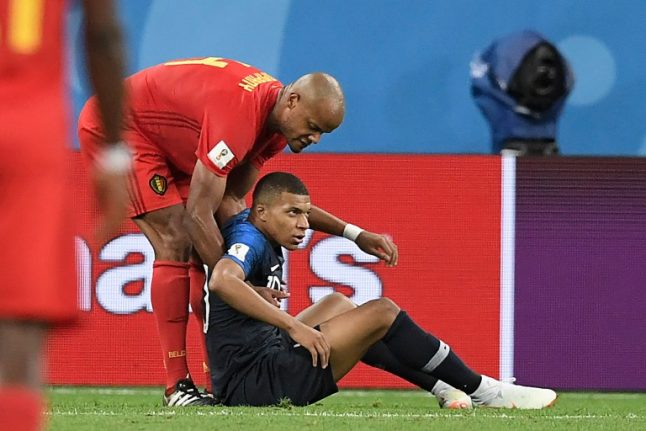 Belgian star Eden Hazard and his team mates lined up to criticize France for their defensive tactics that earned Les Bleus a tight 1-0 in Tuesday night's World Cup semi-final in Saint Petersburg.

There was no doubt that the Belgian players thought the best team lost on the night.

Hazard, the Belgian captain said: “I prefer to lose with this Belgium than to win with this France.”

Hazard continued: “The French team has done what they have done since Didier Deschamps came in as coach. They may not play the ball well, but they defend well.”

Belgium goalkeeper Thibaut Courtois said his team's defeat by France in the World Cup semi-finals on Tuesday was a “shame for football”, criticising Didier Deschamps's side for a defensive style of play.

Centre-back Samuel Umtiti's 51st-minute header from a corner gave France a 1-0 win, as they defended deep to close it out and reach a third World Cup final.

“It was a frustrating match. France didn't play at all, they defended with 11 players within 40 metres of their goal,” Chelsea goalkeeper Courtois told Belgian TV channel RTBF.

“They played on the counter-attack with (Kylian) Mbappe, who is very quick. That's their right. They know when an opponent plays very deep, that's where we have problems.

“The frustration is there because we didn't lose to a team who are better than us, we lost to a team who play nothing, just defend.

“Against Uruguay (in the quarter-finals) they scored with a free-kick and a goalkeeping error. Today, a corner. It's a shame for football that Belgium didn't win today.”

France, the 1998 champions, will face either England or Croatia in Sunday's final at Moscow's Luzhniki Stadium.

Their young star Kylian Mbappé had one response to the jibes from Belgian players.

“If I offended them, I apologize. But me, I'm in the final,” said Mbappé.

“At the end of the match, we gave everything to defend this little advantage. It's not the most pleasant, but it's effective. “