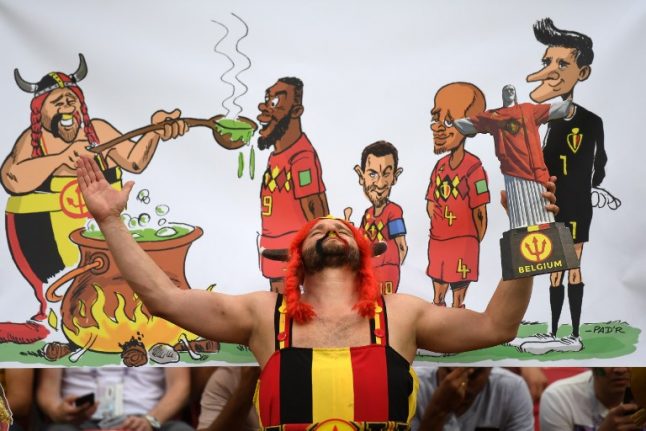 Belgium and France are more than just neighbours: they share a common language – at least in Wallonia the southern part of Belgium where the natives speak French rather than Flemish or German.

But beware of the differences between Belgian French and the French spoken in France, it can lead to some – often comical – misunderstandings.

Enter a boulangerie in Belgium for example and you'll be in for a few surprises. Don't ask for a 'baguette' if that's what you're after, but a 'pain français'.

And don't panic if the person behind the counter asks if you want a 'pistolet' (a gun) – that's the name for a white roll in Belgium rather than a 'petit pain'.

When you're handed over your goods, you may be met with a smile and a 's'il vous plaît', which is – to any French speaker from France who understands those words as 'please' – a bit baffling.

In Belgium however, it's meaning is closer to something like 'here you are' or 'take this'.

Mealtimes are also confusing – your 'pain français' is probably something you'll be eating for breakfast, which the Belgians call 'déjeuner' (and not petit-déjeuner like the French). Lunch is dîner (dinner for the French) and souper is the evening meal (which actually sounds more like supper).

Tonight, supporters of Belgium will no doubt be swigging back the nation's favourite beverage: beer.

A half-pint there is called a 'chope', rather than a 'demi' as it is in France. Be careful because in some parts of French-speaking Belgium if you order a 'demi' you'll get a pint instead.

Some numbers are also different in Belgium.

Like in French Canadian and in French-speaking Switzerland, seventy and ninety are not 'soixante-dix and 'quatre vingt-dix', but 'septante' and 'nonante'. Although for some reason the Belgians, unlike the Swiss haven't ditched quatre-vingt for 80.

So Tuesday night's football match will last either “nonante” minutes or “quatre-vingt dix”  depending on which side of the border you are from. Or if you want to be diplomatic you could say “une heure trente minutes”.

Another disconcerting difference between French spoken in France and in Belgium is when it comes to the use of the verbs 'savoir' (to know) and pouvoir (to be able to).

While in France if you say 'Tu ne sais pas faire ça' it would mean 'you don't know how to do this' but in Belgium it actually means 'you can't do that'.

So if you ask a waiter for a pint of French beer and it's not possible he will likely say: 'Je ne sais pas le faire’ which literally translates as ‘I do not know how to do it’ rather than “ce n'est pas possible”.

So rather than offering to show him how to pour a pint, just order a Belgian beer. This difference was brought up on the Twittersphere in the build up to the recent World Cup clash between France and Belgium in Russia.

“Do you think that in the Belgium team they ask each other “do you know how to pass me the ball,” said one French wag.

“I can't accept losing to a country who doesn't know the difference between 'savoir' and 'pouvoir,” said another French fan.

The list goes: you'll often hear 'à tantôt' when saying goodbye which is Belgian French for 'see you later', 'ça va' peppered in a conversation, for 'ok, that's ok' and not 'are you ok?' and 'quoi ça?' which means 'excuse me?'.

And watch out: if someone wants to give you a 'baise', which is a slang term equivalent to “a shag” in French, but in Belgium, it just means a polite kiss and no more than that.

And careful when you go swimming in Belgium.

While in France you would ask for a “serviette” which means towel as well as napkin, in Belgium it only means “napkin” so unless you want to spend an hour getting dry or use 100 napkins you need to ask for an “essuie”.

Don't worry if it all gets a bit much. The Belgians, coming from a country that has three national languages, are much less fussy than the French about using English words and you'll hear lots of them used everyday: un 'drink'  un 'talk' or 'full' for example, which mean just that.