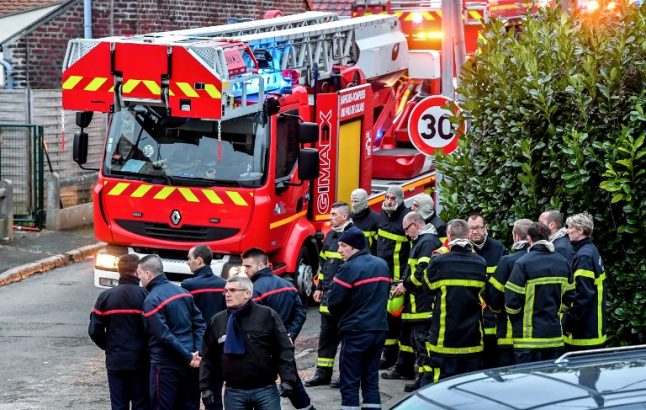 The fire service was called to the apartment in the centre of Pau at 6:40 am (0440 GMT) after neighbours saw smoke coming from it.

A neighbour “was concerned after seeing blood running down the edge of one of the apartment's windows” and tried unsuccessfully to open the door of the first-floor apartment, the emergency services said.

“I saw blood trickling (from the window) on the street side,” another neighbour who was among around 20 residents evacuated from the four-storey building told AFP.

The neighbour said that a French man and his Spanish wife were living in the apartment with their two-year-old child and that the woman's parents had been visiting from Spain.

“A big argument broke out at around 5:00 am and I heard a child crying,” she said.

Inside the firefighters found the bodies of two couples and the child, and a couch ablaze.

A source close to the inquiry told AFP the young woman was “bound and gagged with tape around her neck.”

The bodies of her parents also bore signs of violence, investigators said.

The child appeared to have died from smoke inhalation.

The victims had yet to be identified.

Jean-Paul Brin, a deputy to the mayor of the city which lies at the foot of the Pyrenees, confirmed that investigators were leaning towards a family dispute.

A colleague of the young woman, who was a teacher, was quoted by the regional Sud Ouest newspaper as saying she had recently made a complaint to police about her husband's violent behaviour.