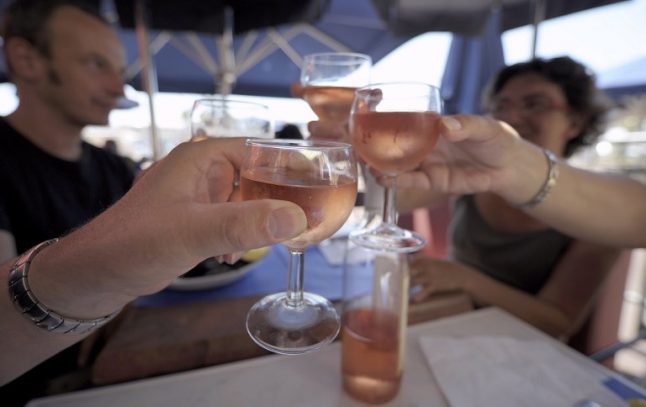 That's because millions of bottles of Spanish wine are hidden among the vast array of French rosé wines being sold, according to France's consumer fraud authority the DGCCRF.

The body carried out an investigation over two years to check whether wine originally from Spain was being imported into France and sold off as French tipple.

The DGCCRF detected cases of fraud with four producers concerning around 70,000 hectolitres of wine, the equivalent of around 10 million bottles.

According to French daily Le Parisien, which first reported the findings, Spanish rose sold in bulk at the time for just 34 euro cents ($0.40) a litre
compared with 75 to 90 cents for French rose.

“We were alerted to the 'Frenchification' of Spanish wine at the end of 2015,” the consumer agency's Alexandre Chevallier told the paper.

“So we launched an inquiry at all levels, from producers to importers to restaurants and distributors,” he said.

In the Paris region some 17,000 bottles of Spanish rosé being sold as French wine were taken off the supermarket shelves.

Commercial fraud charges have been lodged and one producer now faces up to two years in prison and a fine of €300,000.

The scam is all in the labelling. Sometimes the origin of the wine is hidden on the label, especially in rosé wine sold in boxes, while other labels will have a traditional French fleur de lys flower on the label and say “bottled in France”. But that doesn't mean that the wine is French.

The main labels on other bottles had images of a French chateau to give the impression the grapes were grown on a vineyard in France, only for the label on the back of the bottle to contain the barely readable words: “Origin: Spanish wine”.

In other cases it was simply a case of supermarkets including Spanish rosé in the French section of the isle to give customers the impression they were buying a “Made in France” wine.

Tensions have long simmered between winegrowers on either side of the Pyrenees, with French producers often accusing their Spanish rivals of unfair competition.

In recent years French protests have blocked Spanish trucks from bringing their wine into the country, with demonstrators emptying their loads onto highways.

Production surpluses in Spain have pushed down prices there, making the country's wines a better deal for consumers — and a tempting substitute for some French distributors.

“It's a question of price,” Jerome Despey, a winegrower in the southern Herault region and member of the FNSEA agricultural union, told AFP.

Earlier this summer a collective panic seemed to take hold of France with the anxious French wine lovers asking themselves if they will have enough rosé to get through the summer.

It all started with an article in Les Echos business newspaper titled “Will there be enough rosé this summer?”
The article suggested the combination of increased global demand for rosé and the smaller grape harvest of 2017 will leave wine glasses empty before the summer is out.
But Brice Eymard, the delegate general from the Inter-professional Council of Provence Wines (CIVP) told The Local that wine lovers shouldn't panic just yet.