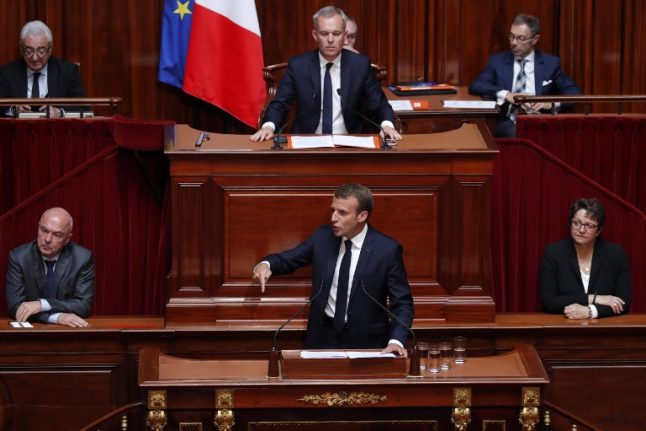 “There can be no tax cuts or increased investments without slowing the continued growth of our spending,” Macron told lawmakers in a speech at the Versailles Palace, promising “bold and courageous decisions”.

“Everybody wants lower taxes… but nobody ever wants to take responsibility” for financing them, he said at a joint gathering of both houses of parliament.

Macron said the spending cuts would be part of a broad reorganisation of the French state aimed at boosting state services in remote and deprived areas while making them easier to manage. He defended last year's controversial labour law reforms and other measures aimed at encouraging businesses to invest, saying it was the only way to improve the prospects of all citizens.

His critics say the policies, including corporate tax cuts and laws making it easier to dismiss workers, show that he has failed to take into account the
worries of voters on the lower rungs of the economic ladder.

“Policies that help companies are not for the wealthy. They are policies for the entire nation, policies that add jobs,” he said.

“It's false to think we can protect workers without defending our companies,” he added.

“Wealth creation and the prosperity of a nation are the foundations of all projects to ensure justice and equality,” he said.