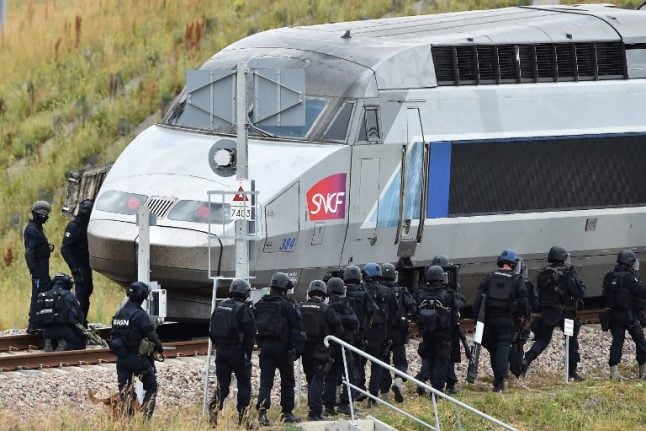 Officers from the elite GIGN unit of France's gendarmes military police will patrol train services during the summer weeks to counter the ongoing threat of terrorism in the country.

The so-called “train marshalls” are named after America's Air Marshalls, the officers stationed onboard flights in the US. The officres will be armed but dressed in plain clothes.

Their job will be to look out for anyone acting suspiciously and to intervene if needs be, although passengers are unlikely to notice them.

The measure to be deploy the elite officers on trains came about after the attempted terror attack on the high speed Thalys train between Amsterdam and Paris in August 2015.

The marshalls have already taken up their posts after France's summer holidays began last weekend.

Gendarmerie chief Lt Col. Benoit Terrier said the aim of the officers was to thwart any terror attack at the earliest possible opportunity.

“The marshalls will engage as soon as a person is physically threatened or the train faces a threat that would cause an accident and a serious incident,” he said.

SNCF security staff, who know the terrain, will also provide back up to the armed gendarmes.

The marshalls have already undergone months of training to prepare for all the possible scenarios.

One officer named Mathieu told France Info he had already been on around 20 train journeys posing as an ordinary passenger.

“The objective is really to blend in and not be detected,” he said.

“We might get our phones out or a book, or talk to the passengers around us. We will dress and behave differently depending on what train we are on.

“If you take a train at 8 in the morning, filled with businessmen or engineers, we will dress in a certain way, we will behave in a different way than if we take a train full of returning holidaymakers, which will be filled with 80 percent students. It's about being adaptable.”