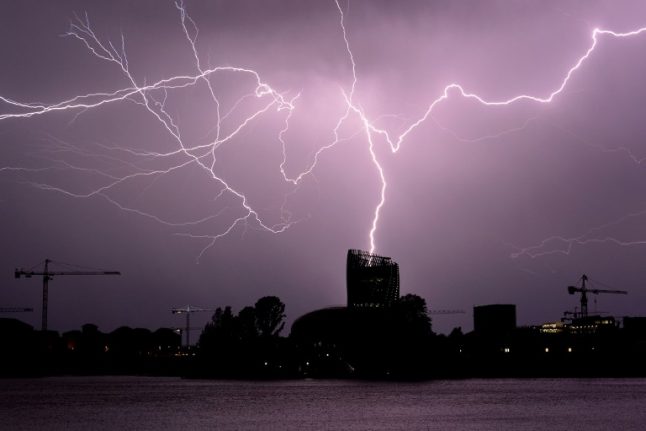 Map: Google maps
The storms are set to hit the coastal departments on the Aquitaine coast and then quickly spread towards Gascony, the Limousin and the Massif Central, said the weather agency.
These storms come after a period of hot and humid weather, with maximum temperatures of between 30C and 33C and “will be very sudden and often violent” said Meteo France adding that “strong gusts often reaching 80km/h – 100 km/h and 130 km/h locally.
The storms will also be accompanied by “heavy hail, and intense rainfall”.
In the evening, the storms could spread into the east possibly hitting the Massif Central as well as the north of the Rhône-Alpes region and more weather warnings may be issued.
READ ALSO: