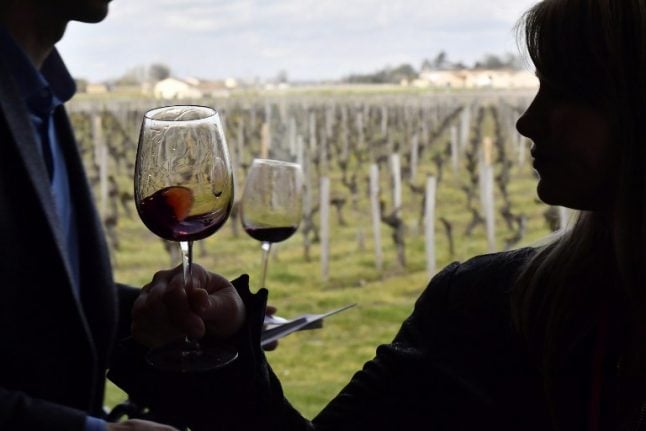 Vineywards in southern France. Photo: AFP
Rié and Hirofumi Shoji who live in the Pyrénées-Orientales department in southern France have achieved the impossible and impressed the French with their wine-making skills.
But it seems that isn't enough for the local authorities.
On September 6th the administrative court in Montpellier is set to decide on whether the couple, who moved to France and set up a winemaking business in 2011, have to leave the country.
Naturally the couple, both in their 30s (see below) who have trained in winemaking in Bordeaux and Burgundy, are worried at the thought that they will have to leave the business and land which they have built up over the past few years.

Their wine, named Pedres Blanques, has received accolades from the French, becoming the star of the last Indigènes natural wine show.
“In their case demanding that these two winemakers leave France, the authorities stress the lack of profitability of their company,” said their lawyer Jean Codognès. “These officials say that it is not viable, that they will not have the means to eke out a living.”
“All this when they are up-to-date with their payments, when they have invested €100,000 from their personal funds and borrowed €50,000 from the bank — this case is topsy turvy!” said Codognès, who has unsuccessfully called for mediation on the matter, adding that he hopes common sense will prevail.
And he's not the only one shocked by the situation.
“This wine? We could sell tens of thousands of bottles,” said Jan Paul Delliaas from the 9 Caves wine shop in  Banyuls-sur-Mer. “We don't even sell them anymore, we reserve them for our restaurant clients. We must not let Rie and Hirofumi go.”
Author of a book about Rousillon wines Alain Potie claims the situation is indicative of a wider problem.
“This case is ugly. It is the perfect example of what young winemakers making natural wines go through today. They have to burn the candle at both ends to create a sustainable economic model.”
And what do the couple say?
“If France does not want us, then we will leave.”