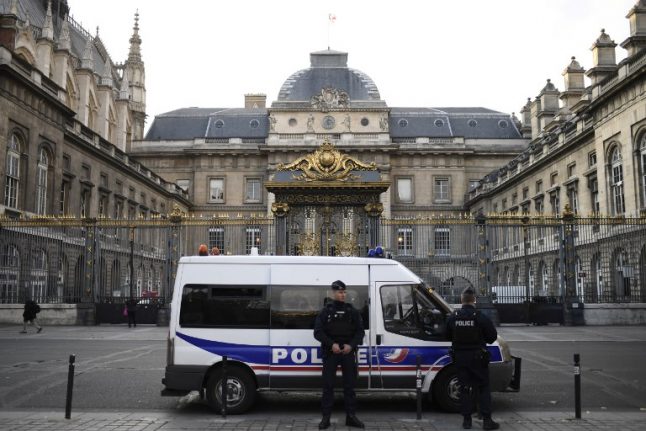 Photo: AFP
A six-month investigation by a senate committee into the state of the country's internal security forces including the police and gendarmes has made some shocking discoveries.
According to the report, the police force in France faces terrible working conditions including gruelling hours as it is more in demand than ever due to terror attacks and the migrant crisis.
The report states that police have to work irregular schedules and only get one weekend out of five off.
And while a new vacation cycle which would mean police officers would only have to work every other weekend is currently being tested, this would require an increase of between 16 and 33 percent in the number of officers, the investigation revealed.
READ ALSO: According to the senators, 3,000 to 4,000 additional police officers are needed to improve the situation.
Another of the report's discoveries is that there are 22 million hours of police overtime that remain uncompensated and it claims that if these hours were to be paid it would cost a whopping 272.1 million euros.
On top of that police equipment is as worn out as the policeman themselves, with 10 percent of police vehicles or 3,400 vehicles, having carried out more than ten years of service.
This means that on some police cars basic functions such as sirens no longer work “which may compromise the safety of interventions” according to the report.
Many police stations are dilapidated and unsafe to work in and as administrative demands increase they are forced to deal with old-fashioned computer equipment.
And they are also having to deal with a rise in attacks directly targeting French police in recent years.
“A new type of aggression appeared in recent years, clearly intended to cause physical harm to the police, even to kill,” said one of the directors of France's riot police, the CRS .
It is believed that the stress created by this environment is partly to blame for the devastatingly high suicide rate among police which is 36 percent higher than the rest of the population. Photo: AFP
Around 2,600 judicial police officers resigned in 2017 due to the strain of the work.
The only positive point to come out of the presentation of the report held on Tuesday was that €150.8 million has been invested into the police equipment budget in 2018 (for everything aside from computers) and €2,000 will be spent on the equipment of each policeman.
As a result, 60 percent of police officers have received a new bulletproof vest.
“There is a great danger for the Republic to give the impression that one neglects its internal security,” president of the investigation, socialist senator Michel Boutant told Le Figaro. “We are witnessing a moral exhaustion, especially in the police.”
“The time for reform has now come, this report must not go unheeded,” said police force Alternative Police. “The Ministry of the Interior has made the running of the police too academic and it is disconnected from the field. It is imperative to change today's paradigm.”
The union went on to say that this would require steps such as a reform of the way the police are organised and a change in the chain of command and training.”