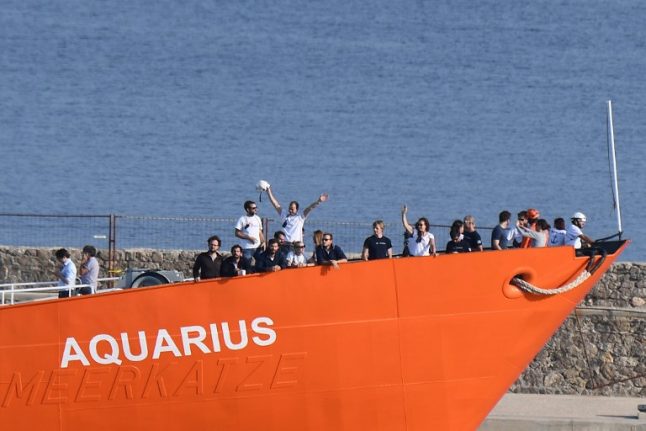 French officials interviewed 135 of the mainly African migrants aboard the charity boat that was left adrift in the Mediterranean after being turned away by Italy and Malta before being accepted by Spain.

Of the 135 who were screened in Spain, “around 80 will benefit from France's protection,” Pascal Brice, head of the Ofpra asylum office said.

France will also grant asylum to 52 people rescued by the German charity boat Lifeline last month, which was also stranded for days last month after picking up migrants in distress off the Libyan coast. That ship carrying more than 230 people aboard was eventually allowed to dock in Malta.

The row over who should take in the Aquarius — which was carrying a total of 630 people rescued from smuggler boats off Libya — came to symbolise the deep discord in Europe over how to share responsibility for the thousands of migrants that have landed on Europe's shores since 2015.

French President Emmanuel Macron was criticised for not offering safe haven to the Aquarius while heaping criticism on Italy's new populist government for what he called its “irresponsibility” in turning the ship away.

Besides the French team on site, Belgium, Ireland, the Netherlands and Portugal also sent officials to evaluate asylum requests, underscoring a “European dimension” that could be a model for the bloc, Brice said.

At an EU summit last Friday the bloc's 28 members agreed to consider setting up “disembarkation platforms”, most likely in North Africa, in a bid to discourage migrants and refugees boarding EU-bound smuggler boats.