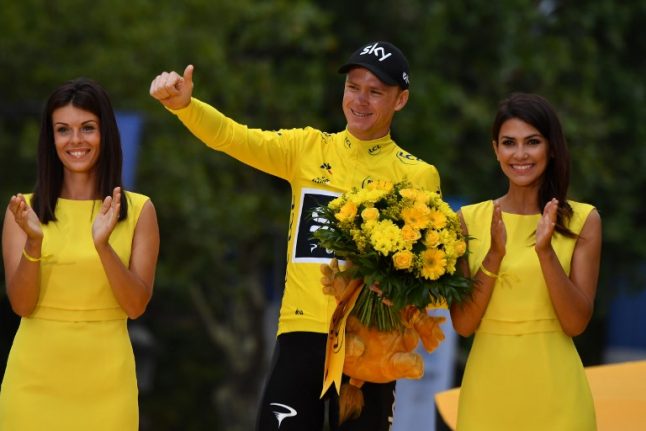 Team Sky's four-time Tour de France champion has been under a cloud since he was found to have twice the permissible amount of asthma drug Salbutamol in his system during September's Vuelta a Espana, which he won.

Sky immediately appealed to the French Olympic Committee, who will meet on Tuesday with a representative of either side and will deliver a binding verdict on Froome's participation on Wednesday.

The decision will be made by three judges, who will not rule on whether Froome is guilty of doping, but rather whether or not him taking part would damage the Tour de France's image.

ASO and Sky are now refusing to comment further and are unlikely to do so before the hearing.

Despite his adverse test for salbutamol, Froome rode and won the Giro d'Italia in May.

There was a sense of anger in cycling circles at the way Sky failed to tell ASO of the adverse finding, and the organiser has reached into its statutes to let Froome know he is unwelcome in their event, even if they lose on appeal, as it has done before.

ASO's article 28 says it “reserves the right to refuse participation in — or to exclude from — the event, a team or any of its members whose presence would be such as to damage the image or reputation of ASO or the event”.

It first took such measures in 1999 with Richard Virenque and the TVM team over the Festina doping affair, but they were cleared to take part by the International Cycling Union (UCI).

A blood doping scandal broke before the 2006 Tour with Spain's Operation Puerto, which led to ASO shutting the door on the Astana team, but they were cleared at the last minute by the Swiss-based Court of Arbitration for Sport. In the end, Astana did not take part because five of their team were implicated in doping individually.

In 2009, Belgian rider Tom Boonen, a major name in the sport, was excluded having tested positive for cocaine, which ASO said was harmful to their image — the same argument it is using with Froome. However a French court cleared the Quick Step rider 24 hours before the opening day time-trial.

Should Froome take part he will be hot favourite to win the race as, at 33, he remains the best three-week tour rider on the contemporary cycling scene.

He would also be the first man for 20 years to win a Giro-Tour double and he would also have four consecutive Grand Tours to his name.