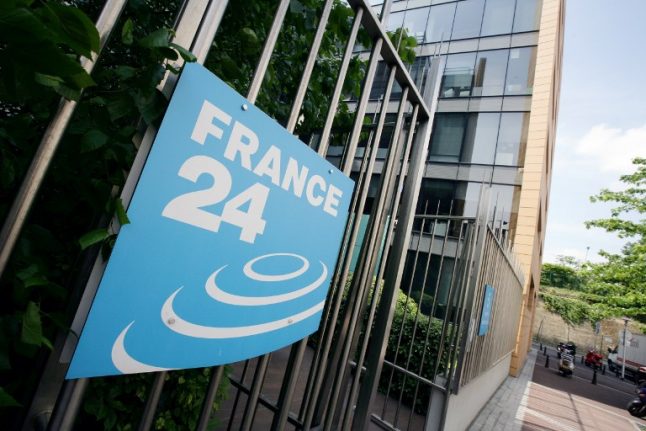 “As part of its control and supervision activity in the media, Roskomnadzor identified a violation of media law 19.1 by France 24 in Russia,” the watchdog said in a statement.

The law in question bans foreigners from holding more than a 20 percent stake in Russian media outlets, forcing them to be controlled by Russian legal entities.

“It was established that the editorial activity of the channel is under the control of a foreign legal entity, which is a violation of the 19.1 media law,” Roskomnadzor said.

The watchdog said it had sent a letter to the channel as a “reminder about the inadmissibility of violating laws of the Russian Federation.”

The letter, it added, informed the channel that a media organisation could be shut down if laws are violated.

Earlier France's broadcasting regulator issued a warning to the French arm of Russian channel RT over a news report which dubbed over the voices of Syrian civilians with words they had not said.

France's Audiovisual Council (CSA) accused the state-backed channel, which has already drawn the ire of President Emmanuel Macron, of “failures of honesty, rigour of information and diversity of points of view”.

RT, considered by the United States to be a pro-Kremlin propaganda outlet, has already faced multiple warnings from Britain's media regulator Ofcom over reports on Syria and Ukraine, where Russian forces are present.