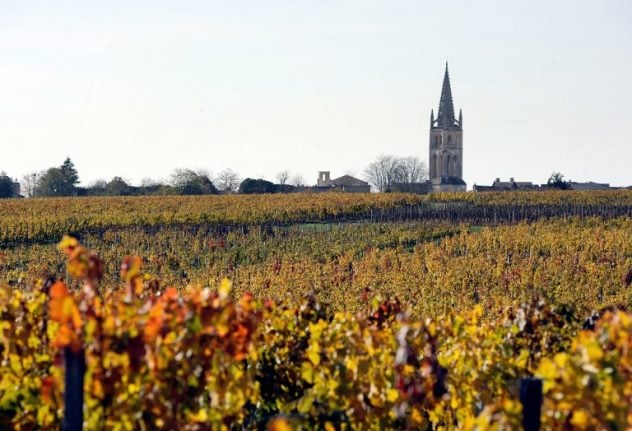 File photo: Vineyard Bordeaux
Haichang Group, based in the northeastern Chinese port city of Dalian, is the biggest of numerous Chinese investors which have bought into one of France's most famous wine-growing regions in recent years.
It owns 24 estates, including Chateau Chenu-Lafitte, but the group's purchases have been under investigation by financial prosecutors for several years.
“For 10 chateaux, we discovered a certain number of tax crimes: laundering of the proceeds of tax fraud, forgery, use of forgery, etc,” a police source told AFP, confirming a report by France 2 television.
READ ALSO:
“In the second quarter of the year, we seized those that were acquired fraudulently,” the source said.
Investigators began looking into Haichang after reports in the French press that the group had been named in a report by a Chinese state auditor in 2014.
China's National Audit Office (NAO) said in its annual report that Haichang had been granted public money by state authorities to buy foreign technology, but had instead purchased vineyards in France.
Controlled by 56-year-old businessman Naije Qu, Haichang is a trading and shipping company which also has interests in property, tourism and agriculture.
In 2013, Paris's money laundering investigators Tracfin had raised the alarm about Chinese investments in the French wine industry and called for “increased vigilance.”