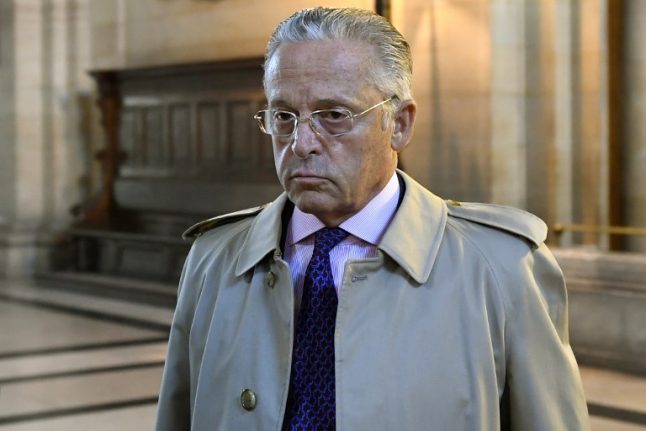 Guy Wildenstein arrives for his trial over tax fraud at a Paris court. Photo: AFP

A first trial of him and other family members collapsed in January 2017, but French prosecutors successfully appealed for a re-trial, only to suffer a second setback on Friday when the Wildensteins were acquitted again.

The appeal court “finds that the crime of tax fraud is outside the statute of limitations … and confirms the judgement” of the first trial, the presiding judge told a packed court room in Paris during a five-minute judgement.

Guy Wildenstein, 70, had faced a prison sentence and a fine of 250 million euros if found guilty of tax fraud and money laundering at the trial, which stems from a multi-generational inheritance squabble worthy of a soap opera.

The case revolved around tax declarations filed in 2002 and 2008.

Wildenstein's nephew Alec Junior and his ex-stepsister Liouba Stoupakova were also cleared, as well as trust fund managers and lawyers who were put on trial.

In January 2017, a court found evidence of a “clear attempt” by Wildenstein and seven co-defendants to hide art treasures and properties worth hundreds of millions of euros from tax authorities.

But the presiding judge said lapses in the investigation and in French law made it impossible to return a guilty verdict, a decision that led to the appeal by prosecutors for a re-trial.

Wildenstein's lawyers had again contested the legal grounds for the prosecution, arguing that there was “no legal nor moral grounds to accuse Guy Wildenstein of anything.”

Wildenstein is the heir of three generations of wealthy art dealers and thoroughbred racehorse breeders.

Prosecutors argue that most of the dynasty's billions are held by a web of trusts and holding companies stretching from the Channel Island of Guernsey to the Bahamas.