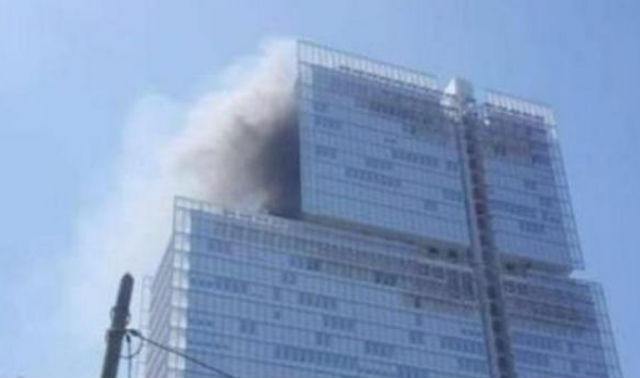 Photo: Screenshot/Twitter
Six hundred people were evacuated from the new building in the Batignolles area in the city's 17th arrondissement.
Paris firefighters said the fire had broken out near an electrical box outside the building but luckily did not spread inside.

“A public evacuation was held as a security measure and was conducted in a calm atmosphere,” they said, adding that the situation “is now under control” and there were no injuries.

The origin of the fire is “uncertain”, the president of the court, Jean-Michel Hayat, told AFP.
“The fire spread under the wooden planks of the terrace,” he added.
The upper part of the courthouse, including the 29th floor all the way up to the 38th was evacuated as a precaution, said Hayat.
Th courthouse, which officially opened to the public in April this year, was designed by the Italian architect Renzo Piano.