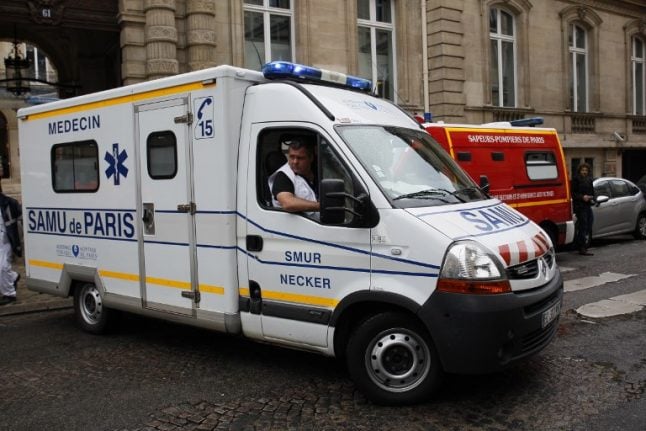 French health authorities revealed on Wednesday that a 26-year-old patient had died from the disease, although details of the sex of the victim and the region where they lived have not been revealed.

Health chiefs from French health authority Santé Publique France said the patient's immune system was too weak to be given a vaccine and that they were probably contaminated by someone close to them who had not been vaccinated.

The death comes after a 32-year-old woman died in February in a hospital in the town of Poitiers from the disease, which causes skin rash and flu-like symptoms and can affect people of all ages, despite being considered primarily a childhood illness.

The woman had apparently contracted measles after taking her father to the CHU hospital in Poitiers. In all, there have been 22 deaths caused by measles in France since 2008.

Some 2,567 cases of measles have been identified in France since November with the western and southern departments of Gironde, Vienne and the Gard the most affected. Although the number of news cases has dropped slightly it stands around 50 a week.

Between January and April 2018 half of the 1,800 cases of measles declared in France were in the south west region of Nouvelle Aquitaine, which is by far the region in France the most impacted.

In 88 percent of cases, those who have contracted the disease have not been vaccinated, or completed the course of vaccinations. In 22 percent of cases patients have been hospitalized.

Health authorities in France have been raising the alarm about the need to be vaccinated against the extremely contagious disease.

“The elimination of measles is a top priority for the World Health Organisation… To achieve that it is necessary to reach the goal of vaccinating 95 percent of people at risk,” said Jérôme Salomon from the Ministry of Health.

In France no department in the country has reached the 95 percent vaccination rate, health authorities say.

According to doctors the problem is that many in France – potentially up to one million – did not receive the necessary second injection of the MMR vaccination (Measles Mumps and Rubella).

“This second dose is necessary for the elimination of the disease because between 7% and 8% of children do not react to the administration of the first vaccine,” doctor Daniel Lévy-Bruhl told Le Monde newspaper.

The people at greatest risk in France are those born after 1980, the year in which cases of the disease dropped dramatically, officials said.

Most of those born before 1980 have probably already had the measles, which used to afflict hundreds of thousands of children each year in France, and are now immune.

Authorities are worried that the rate of vaccinations in the south western Nouvelle-Acquitane region is too low to cope with the epidemic.

It is believed between 70 and 81 percent of the public are vaccinated in the region.