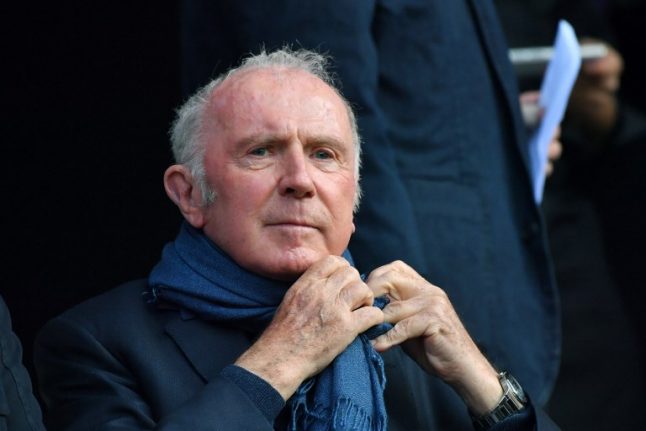 Francois Pinault's comments were panned by Macron supporters. Photo: LOIC VENANCE / AFP
“I am afraid that he is leading France towards a system that forgets the most modest,” the French billionaire and luxury goods mogul told M du Monde magazine on Friday.
Macron, who has been dubbed a “president of the rich” by his detractors, was criticised this week for unveiling plans for a swimming pool at his private presidential retreat.
Pinault was said to be close to former president Jacques Chirac, prosecuted in 2011 for embezzlement during his time as mayor of Paris, and voted for the Socialist Francois Hollande in the 2012 presidential election.
Defending Macron, government spokesman Benjamin Grivaux told Radio 1: “From someone who for a long time did not pay taxes, I'm not sure he himself understands the little people.”
MP Richard Ferrand from Macron's La Republique en Marche party, added that Pinault's comments were “surreal,” quipping on Twitter that “only billionaires can understand others”.
In 2002, Pinault settled a dispute with the tax authorities, paying out 450 million euros, after sharing his business group with his children. The year before he handed the reins of his empire — which includes the Gucci, Yves Saint Laurent, Puma and Balenciaga brands — to his son Francois-Henri, who is married to Hollywood star Salma Hayek.
Since then the businessman, who also owns the auction house Christie's, has mostly dedicated himself to his art collection.