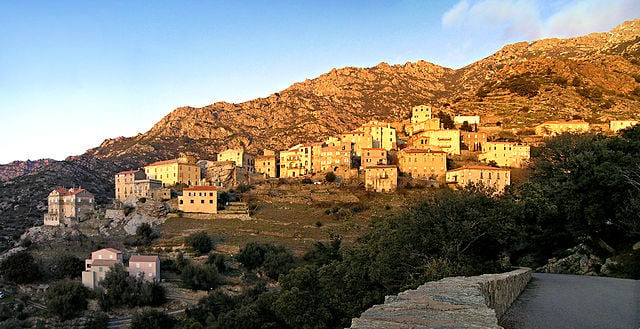 Viewers of the programme “Le Village préféré des Français” on France2 were asked to decide which was their favourite village in France out of a selection of 14.

The winner was Cassel, a beautiful village with traditional Flemish red-brick architecture close to the Belgian border.

But all of them are picturesque and well worth a visit, so instead of choosing one, we think you'd be better off visiting them all.

Cassel: Number one this year is this beautiful medieval village in the Hauts-de-France close to the Belgian border. Renowned for its elegant central square, Flemish-style gardens and brick houses typical of the North, Cassel also boasts several museums and stunning views over the countryside.

Mittelbergheim: This remarkably well-preserved Renaissance village is nestled among vineyards on the famous 'wine route' running through Alsace in eastern France. Its vineyards produce some of France's finest wines.

Roussillon: This rooftop village in the Luberon region in the south of France, with its winding streets and ochre-coloured walls is already known as one of the “plus beau villages de France” (most beautiful villages in France). Built on Europe's largest ochre quarry, it is surrounded by dramatic orange-coloured cliffs.

Hell-Bourg: You'll have to travel a little further to get reach it: this village is in the Reunion Island over 9,000km away from mainland France. Built around thermal springs in the 19th century, Hell-Bourg is set in the grandiose mountainous landscape of the cirque de Salazie, which provides a stunning backdrop to the colourful streets lined with Creole mansions.

Mont-Saint-Michel: It's no surprise this iconic French village in Normandy made it into the top 5. Built on a rocky outcrop rising out of the sea, the views from the stunning medieval abbey of the landscape as it changes with the tide are mesmerising and unforgettable.

L'île de Sein: You'll need to take a boat to reach this small fishing village on a tiny island in Britanny. No cars are allowed there and the lighthouse and grey granite houses huddled around the harbour surrounded only by the deep blue sea beyond will take you back in time.

Monpazier: Very little has changed in this bustling 12th century village perched on a hill in the Dordogne. The architecture has remained almost intact since that time. A weekly market animates the beautiful medieval central square and artists fill its winding streets.

Janvry: Set in the heart of the national park of the “Chévreuse” in the Ile-de-France region only 32 kilometres from Paris, Janvry boasts a 17th century “château” with elegant gardens, a pretty church and Mairie. Janvry is a lively place with a real community spirit and it seems that the friendliness of its inhabitants won over the hearts of the French voters. La Couvertoirade: Set in the Larzac in the rugged volcanic region of the Massif Central in the heart of France, this fortified village boasts the only castle of the Knights Templar in France. The city is on the famous Saint Jacques de Compostelle pilgrims route.

Lama: Set on the side of a mountain in the Mediterranean paradise of Corsica, this village built on a series of terraces, blends medieval architecture with elegant 18th century houses and commands spectacular views of the mountains. Asnières-sur-Vègre: This tranquil village in the agricultural Sarthe region in the “Pays de la Loire” in Western France with a pretty river running through it boasts an impressive number of historical monuments. The murals painted on the walls of the Saint-Hilaire church are listed.

Yèvre-le-Châtel: Perched on a rocky outcrop overlooking the Rimarde valley in the Loiret region between Paris and Orleans, this village is built around a impressively preserved medieval forteress and its rampart and cobbled streets have charmed many tourists and artists alike.

Mirmande: Once a silk-making hub, this picturesque medieval village in the rural Luberon region in southern France is surrounded by orchards. The slender cypress trees rising from its winding cobbled streets lend Mirmande a Tuscan feel.

Semur-en-Brionnais: Romans first settled on the site of this beautiful village in Burgundy centred around an imposing 10th- century castle. Semur-en-Brionnais includes several other impressive buildings such as the Eglise Saint-Hilaire with its unusual octogonal steeple and delightful views over rolling hillls of the green Burgundy countryside.