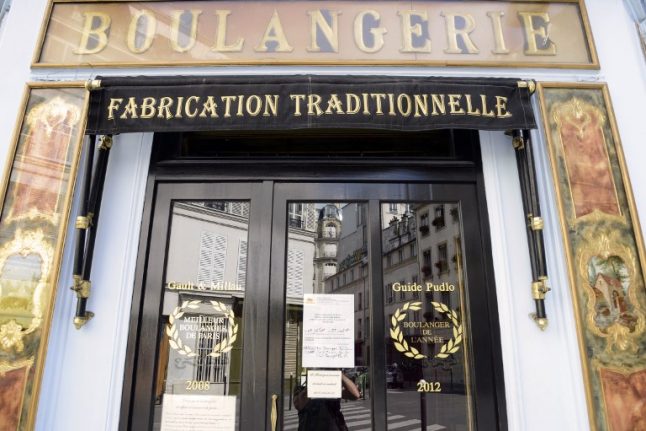 Have you ever pondered how that tiny deserted café with a lone customer propped up at the bar can afford to stay open? Or how three boulangeries and as many butchers huddled together on one single Parisian street can draw in enough customers to survive?

There are over 62,000 shops in Paris (that’s around 28 shops per 1,000 inhabitants) and three quarters of them are independent. That’s an impressive figure by all accounts.

But you’d be mistaken for thinking this was all down to the French lifestyle. Of course, the fact that people expect fresh bread throughout the day (you can’t sell a day-old baguette) or that cheese – and the 1,200 different French varieties of it –  is an integral part of the French diet, means that bakers and cheesemongers can rely on enough customers to support them.

But there are a host of other reasons why these shops survive. The most important one is regulation. Since the 1970s, the city has introduced a raft of measures to encourage small independent shops and help them survive.

“There is a policy to protect these shops that goes back a long way,” said François Mohrt, research manager at Apur, an urban planning company which tracks the development of retail businesses in Paris. “In the 70s, the main competition came from the big supermarkets which were turning city centres into ghost towns”.

“In Paris, things are different. There has always been a strong determination to stop big supermarkets,” Mohrt said. “The City Hall helps to protect these artisanal shops, and that includes the food shops. Their policy is working.”

The protection measures started in the 1970s when officials noted a decline in small shops and decided to tackle the enemy head on: big supermarkets, known in France as ‘hypermarchés’ have been banned in Paris ever since (although brands like Carrefour and Auchan have weaved their way into the city by means of mini-supermarkets, which are now found all over).

Since then, Paris has stepped up regulation. In some areas threatened by shop closures or by one activity monopolising all the rest, the municipality – through a company called the Semaest – has pre-emptive rights over the commercial leases of around 650 shops.

That means it has the first choice over what kind of businesses can set up there. In the Latin Quarter for example in the 6th arrondissement, which was once a bubbling intellectual and bohemian hub and has now become an expensive tourist destination overrun by luxury stores, priority is given to small publishing houses.

Shopkeepers wanting to open a shop owned by the Semaest can apply through the company’s website, and they will be selected according to the other types of shops around to ensure there is enough variety.

“We started in 2004 in the 11th arrondissement, where there were lots of Chinese wholesale clothes shops,” said Pauline Sammarcelli from the Semaest.

“At the time, locals were complaining that there wasn’t a big enough diversity of shops at their doorstep.”

Sammarcelli says she gets applications from business such as bookshops, art galleries, butchers, fishmongers and cheesemongers.

“The results are very visible. The 10th for example is an area which has really changed, lots of shops have opened,” Sammarcelli commented.

Around 80 market streets – totalling 25km – where over half of the businesses are small food shops, have been given a special status in the local planning regulations.

The rent is capped and the type of shop that is allowed to open is controlled: for example, if a butcher is closing down, only another food shop will be able to open up in its place (and not a mobile phone shop or a beauty parlour).

The tiny ‘Cave aux Fromages’ is on such a street, the rue des Pyrenées in the 20th, which supports a dizzying number of butchers, boulangeries, greengrocers and two other cheesemongers on a mere 500m stretch. The small shop is filled to the brim with cheeses and other French delicacies and feels like it has been around for centuries. Its manager Mohamed Dekhissi is young however (in his twenties) and as he proudly explains, content and successful.

“It’s a good life. We do pretty well. I bring home around €2,000 a month and I could make more, but I would just end up paying more in taxes,” he said. “It is hard though. We work on the weekend. But everyone would like to have a shop here, I can’t complain.”

Other factors also contribute in making Paris attractive for independent shops. The city has one of the highest population densities in Europe and an efficient public transport network which means people walk a lot instead of taking the car, which encourages the use of small neighbourhood shops. That trend looks set to stay.

“We have noticed a fall in the number of people who use their cars,” said Morht. “And it’s difficult to get to the outskirts without one, which really limits people’s access to big supermarkets.”

But it’s not all plain sailing for these businesses. Faced with fierce competition from big supermarkets, chains and e-commerce, these small independent shops have had to adapt.

In order to maintain a loyal customer base, small shops are increasingly specialised, with a rise of high-end food shops, organic supermarkets and wine shops to cater for wealthier customers, according to urban planning company Apur.

Other small businesses like bike shops, gyms or electronic repair shop have also popped up, reflecting new lifestyle trends. But others, like car repair garages, bookstores and newsagents – whose numbers have fallen drastically – are finding it much harder to survive.