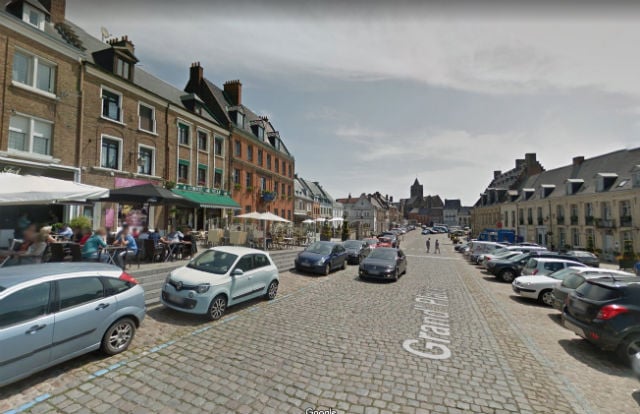 The village of Cassel, which lies just south of the ports of Calais and Dunkirk in the Nord department (scroll down for map) of France has been crowned the country's favourite village.

The prestigious title was handed to Cassel after a public vote in the annual TV show Le Village Preféré des Français.

The victory is a boost for unfashionable and industrial northern France given that it's the first time in the seven years the programme has been running that a village from the Hauts-de-France region has won.

Up until now the winners have been concentrated in Brittany, Alsace in the east and Occitanie in the south west. Cassel, which is just a few minutes drive from the Belgian border succeeds Kaysersberg, in the Alsace region, which won the title last year.

The village has a population of 2,300 and is known for being the home of two 6 metre-high giant figures called Reuze Papa and Reuze Maman,(see photo below) which are wheeled out for celebrations and even have Unesco World Heritage status. France TV says: “Cassel is the highest point of the Monts de Flandre, on Mount Cassel, at an altitude of 176 meters. “This village has preserved an authentic charm thanks to a preserved heritage.

“You have to stroll on the Grand-Place to admire the gables on the steps, climb up to the mill, the pride of the village, pass the door of the Museum of Flanders to admire its giants and, of course, sit in its estaminets (cafes and restaurants ), which are true places of conviviality here, in Flemish country.”

Voters around the country were clearly taken by the village's red brick mansion, giant square and Flemish gardens.

The videos below shows the highlights of what it has to offer.

The title of France's Favourite Village normally sees the winner benefit from an influx of visitors the following year so the estaminets of Cassel can look forward to a busy year.