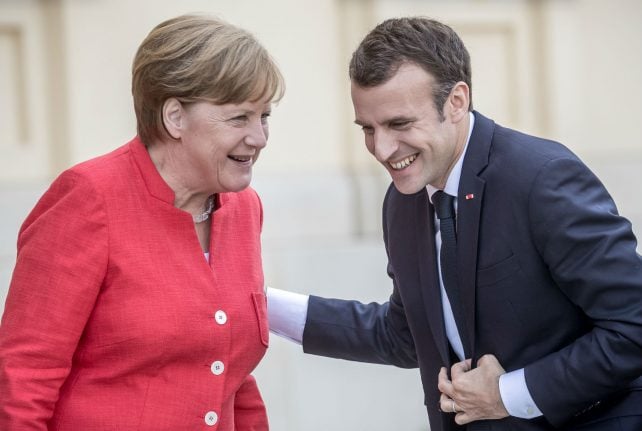 The sum will be a “real budget with annual revenues and spending,” said French President Emmanuel Macron after talks with the German leader, adding that Paris and Berlin hoped to have it in place by 2021.

Macron would not be drawn into giving a figure for the budget, saying that its size would be discussed with other members of the bloc.

How it would be funded was also up for discussion with other eurozone members, said Merkel, suggesting that it could involve regular transfers made by individual countries or a tax on financial transactions.

Macron had initially sought a budget of several hundred billion euros, but Merkel in a recent interview offered far less, saying that the total should be “at the lower end of the double-digit billions of euros range.”