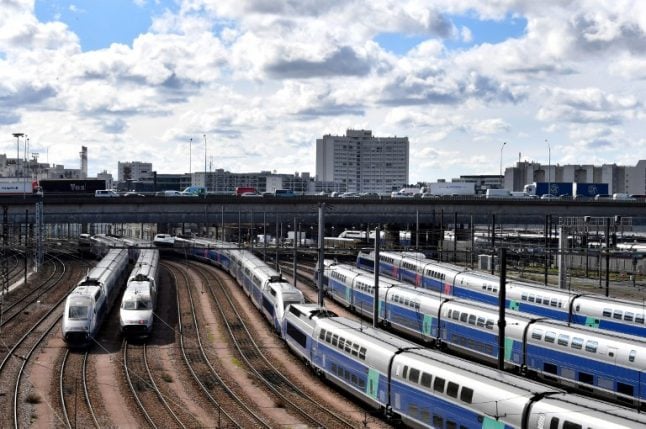 France's rail unions could risk the wrath of French holidaymakers and go on strike on the first weekend of the summer holidays.

The CGT, which is the most influential union among rail workers, has proposed extending the strikes until Saturday July 7th, the first day of the grandes vacances and the day when many French head off on holiday.

The rolling strikes, which began on April 3rd, are due to come to an end on June 28th but according to Le Monde newspaper, the CGT union has proposed to the other three trade unions to extend them into July.

The CGT is proposing to hold further strikes on Monday July 2nd, Friday July 6th and Saturday July 7th according to Le Monde.

The CGT will meet with the other unions on Tuesday to discuss the option. The other unions are set to hold talks with members before deciding whether or not to join the CGT.

Last week the CGT gave notice that it was prepared to continue the long running strike action in protest against the government rail reforms.

Laurent Brun, the head of CGT rail workers said: “We will continue through the month of July. For how long? We will see. It's not a question of just stopping at a certain date, so long as the government is trying to force its way through,” he said.

Those reforms were adopted by parliament this week.

While the two days strikes, held every five days, have been gradually weakening over the weeks, they have still been causing disruption to rail services, especially regional TER and Intercité trains.

While the CGT is the main rail workers union, if they were to continue the strikes without the support of the other unions, the impact on services will likely be much reduced.

The problem for trade unions is that this week French senators approved the reform of the debt-laden state rail operator SNCF, handing President Emmanuel Macron a key victory in his push to reform wide swathes of France's economy.

The government pushed through the emblematic shake-up of train services despite stiff resistance from rail workers and their unions, who have carried out their longest strike in three decades in an attempt to derail the plan.

“The law has been passed definitively, and it will be applied,” Transport Minister Elisabeth Borne said after the Senate voted to pass the measure, its final legislative hurdle.

“Unions don't make the laws, parliament does. And parliament has listened extensively to the unions,” added Gerard Cornu, the senator in Macron's Republic on the Move party who spearheaded the rail law.

“The strike no longer serves any purpose,” he said.