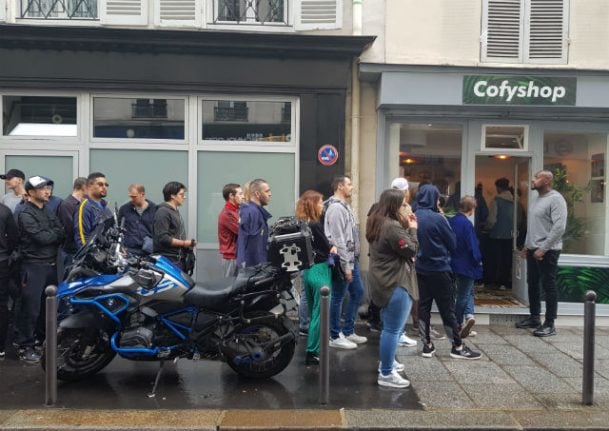 What are these “coffee shops”?
Two shops selling cannabis and cannabis or more specifically “cannabidiol” based products (CBD) opened in central Paris and just outside the capital last week.
Cofyshop, the first of its kind in the French capital itself, is located in the trendy 11th arrondissement and the other, E-Klop is in Puteaux, a west Paris suburb.
How come they are opening now?
There has been a softening on cannabis laws in France which means that it is legal to sell a weak version of the drug.
In order to be within the law, the product sold must contain less than 0.2 per cent of THC (tetrahydrocannabinol), which is the main psychoactive ingredient in cannabis.
The products do however contain CBD — short for cannabidiol — which is believed by some in the scientific community to have anti-inflammatory and anti-anxiety properties without the psychoactive effects (the “high” or “stoned” feeling) that THC provides.
Have they been popular?
There have been queues down the street outside Cofyshop in the 11th arrondissement since it opened on June 5th.
In fact, one of the two security guards who were quickly hired to cope with the queues told The Local on Monday that the shortest waiting time during opening hours was two hours.
And at its peak on Saturday, there were 500 people waiting outside the shop, according to reports in the French press. Why are people going there?
Julie, 30 who works in fashion told The Local: “I'm a regular cannabis smoker and this is a chance to try what is legally available.
“I usually buy from a regular dealer illegally because France doesn't give people a choice,” she said. “In other countries it's no problem to smoke weed but in France it's a taboo.
Despite the jars of product in the shop labelled with signs saying “Do not smoke”, Julie was among the many people who said their intention was to smoke what they bought.
Another person who had braved the big queue, Fabrice, 28, an academic in the French capital said that he was there out of “curiosity”.
“It's the first shop like it in Paris and I want to see what it sells and try out the legal version of cannabis,” he told The Local.
—–

CLICK HERE to become a member
“I'm sure this is just the beginning of a massive trend and that soon these places will be popping up everywhere. I wouldn't be too happy if I was a dealer,” he laughed.
Meanwhile Mario, 45 who works in a shop said that he was there partly because his dad takes it for medical reasons.
“I thought I'd come down here and see what they have,” he said. “I'm also a regular weed smoker as I'm sure most people here are and I hope this will be the beginning of making cannabis legal in France.”
“People drink so much here yet weed is considered taboo,” he said, adding that he thought it was time the French approached weed differently.
One woman Lucie, a student aged 19, who was queuing with a group of friends said that she also was “intrigued” by the experience of buying it legally.
“I want to try CBD,” she said. “I don't think it will be as good as the stuff you can buy in the street because it doesn't have as much THC but it will be fun to try anyway.” What does the owner say?
Joaquim Lousquy is the brains behind Cofyshop and says the product, which he imports from Switzerland, is “sure to be a success”.
“We're the first in Paris and we're selling a products that makes people happy,” he told The Local.
“We've opened in a trendy part of the city which is working out really well for us.”
Lousquy said that he recommends people put his cannabis in teas, cakes or simply eat it .
He said he wouldn't recommend smoking it because “smoking is bad for the health”.

“I imagine a lot of people are going to smoke it or take it in herbal tea, but that's their business,” he said, saying that he, at least, was working within the law.
“The effect is nothing, he said, adding quickly, “well, it's small anyway but it will probably help most people feel relaxed.”
So far, Lousquy said, he's seen all kinds of people come into his shop, including a wide variety of age ranges.
This isn't Lousquy's first experience of pushing entrepreneurial boundaries.
He is also the owner of XDolls, France's first ever sex doll brothel in Paris, which rents out sex dolls named Lily, Sofia, and Kim.
And what about the neighbours?
Not everyone has been caught up in the excitement over the new shop.
Outside Cofyshop on Monday one woman shouted at the store's security guards about people being “obsessed with hash” and about the “bad smell” on the street.
Meanwhile one of the shop's neighbours, Marlene aged 72, told Le Parisien that since Cofyshop opened it “smells of hashish in the street and it wafts up to our flat”.
Are there any others around France?
So far there's one in the northern city of Lille and in the southern city of Montpellier but there are likely to be more opening if the queues in Paris are anything to go by.
What does the law say?
In France, regular cannabis remains illegal despite growing pressure on the government to legalize it.
The new cannabis-selling shops are taking advantage of a grey area in the law which has not classified the legal status of CBD (cannabidiol) products made from hemp.
In November France's Ministry of Heath indicated that its presence in consumer products “appeared legal” as long as the level of THC – responsible for the effects on a person's mental state – did not exceed 0.2 percent.
The products in these shops contain only a small amount of THC which means that they have no effect on a person's mind unlike normal cannabis available illegally.
However the consumer may feel relaxed after using the product although its effects are still debated in the medical community. 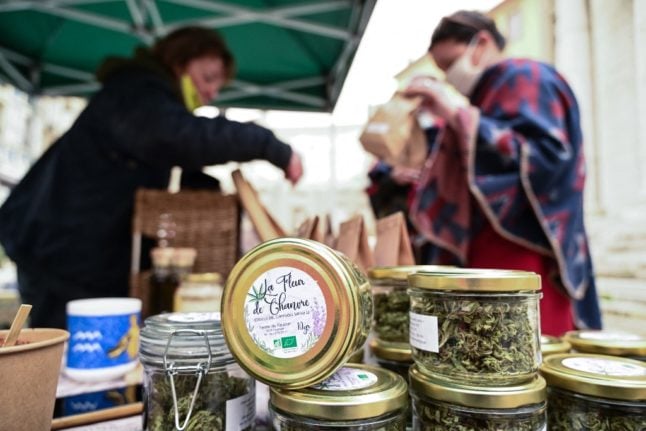 HEALTH
VIDEO: Why CBD cannabis health shops are blossoming all over France 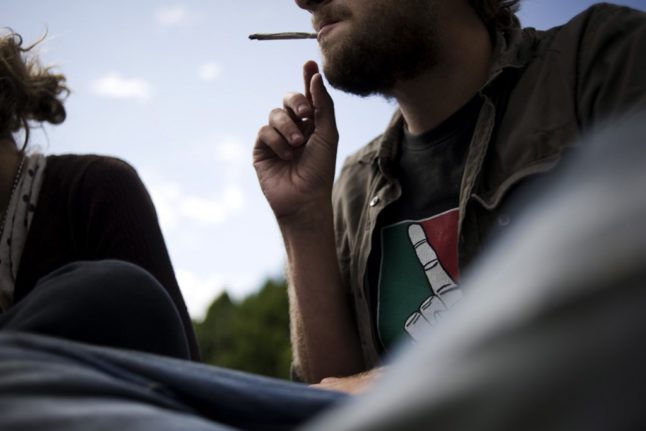