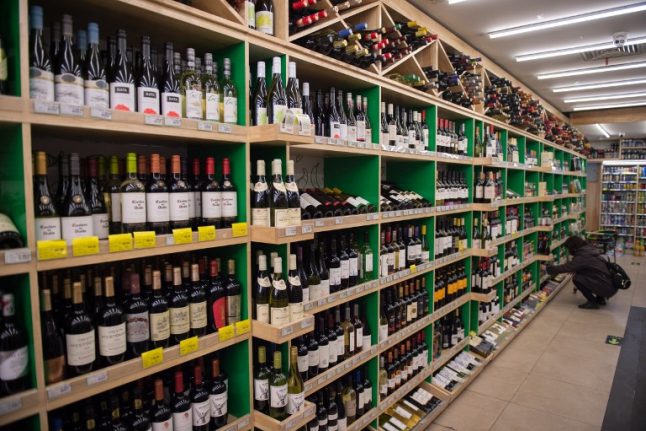 The Olivier Leflaive estate in Puligny-Montrachet told AFP on Friday it had only learned that its Bourgogne Les Setilles was served to guests at the royal reception from media reports.

The Sunday Times, which revealed the newlyweds' choice, said the British wine merchant Lee & Wheeler sold 780 bottles in less than two hours after the news broke, and would have sold four times as much if it had the stock.

“We are so proud to have been part of such a special day! Congratulations Meghan & Harry!” the estate, which also has a hotel and restaurant, said on its Facebook page, inviting the royal couple to visit.

Bastien Gautheron, the vineyard's marketing director, described the Chardonnay as “the introduction to our line, the signature of the house”.

It sells its 2016 vintage, described on its web site as having “notes of white flowers, peach, grilled almonds and lemon zest”, for 17,80 euros (15.65 pounds, $20.95) a bottle, excluding shipping — the lower end of the price spectrum for Burgundy wines.

The 2015 vintage is also on the market currently, but Gautheron said he was not aware which year was served at the couple's evening reception.

He confirmed that international sales had risen since the wedding, while declining to say by how much.

And tourists visiting the estate have been picking up bottles “out of curiosity”, he said.

“There is a particular interest among the English, but it has an international appeal.”

According to The Sunday Times it was the only French wine served at the evening reception, whose menu has not been officially revealed by Kensington Palace, the couple's residence.

The official lunch menu mentions only a “selection of wines” along with Pol Roger Brut Reserve Non Vintage Champagne.

It was not the first time that British consumers have made a beeline for a French speciality that made it onto the royal family's menu.

Last September, sales of green lentils from the Puy-en-Velay region of south-central France soared after it emerged that Prince George, the oldest of Prince William and his wife Kate, would be eating them at his new school.