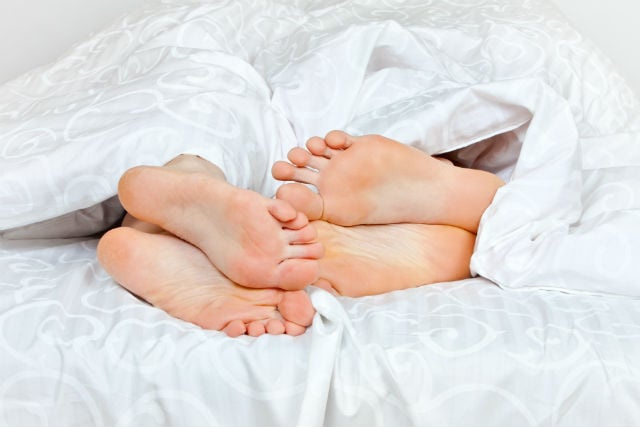 With the French and Anglo cultures tending to differ there are undoubtedly a few clashes when it comes to jumping into bed with one another. How do the French really view sex?

There are no moral hang-ups about sex in France, she says. “Having sex on the first night is not going to affect anything, you can still marry each other. There’s no link to morality,” says Mazaurette. “In the US they are good at inventing terms like “marriage material” or “hook-ups”. Here we have sex because it’s a cool activity. If something physical is happening, just enjoy it”. Basically it's pretty straightforward, she says.

Do foreign men need to romance a French woman into bed?

Mazaurette's philosophy is that too much romance is a waste of time and builds up unnecessary pressure. Sex first, get to know each other after. “It’s completely possible to have sex on the first date with a French girl. I would never wait for a second date, that would frustrate me because it would mean the guy has put up barriers between us. If you do it right a French woman will go to bed with you.”

At least one date?

Not necessarily says the colomnist. “Things can happen quickly here, especially if people are a little bit drunk. I don’t want to have to wait for sex and play the game if I have a crush on someone. I don’t want to have to wait until the end of the evening for sex, I want to go home immediately.” Mazaurette says 30 minutes in a bar is all you need to lay the groundwork for a romp. What about drunken sex?

Do the French go in for that like us Anglos do? “If you are too drunk, it’s better to wait for better conditions. It won’t be good sex and we like good sex,” says Mazaurette.

Do we have to be adventurous?

Does our French language ability need to be up to scratch?

Mazaurette says let the language of passion do the talking. “You really only need to know two French words: ‘Oui’ and ‘Encore’, so there’s no need to bring a dictionary to bed,” she says. “There are so many French who can’t speak English, but there’s something nice about just using smiles and gestures.” Anything Anglos do say in French will be a bonus however “because we find the accent very cute”, she says.

READ ALSO: 17 ways to talk about sex in French you didn't learn in school

What about oral sex?

The pleasure has to be shared says Mazaurette. “I find it completely weird that women [from America or UK] would give a guy a blow job and get nothing in return. It’s implying that he should be rewarded just for speaking to you. In France you never owe sex to anyone”. You’ve been told.

Is sex key to a relationship?

“If the sex doesn’t work, there's no way you want to spend your life with that person. Some people are completely different. You wouldn’t go to bed with them all the time knowing you are going to be disappointed. I had something like that with a guy and I just didn’t like his smell, because I’m extremely sensitive to smell.”

And being faithful doesn't matter in France right?

Hmmm, think again. “We don’t really have something called 'the chat',” says Mazaurette. She says French partners will expect you to be faithful from the start “if there’s a good connection and you are seeing each other”. That also means deleting your profile from dating sites and once you've stopped using condoms then you bloody well better not be sleeping around, she says. However, later on in a relationship things can change.

And what about the old “ménage a trois”?

And finally… Does size matter for the French?

“Obviously we joke about this sometimes, but I really don’t think it matters. The penis is such an imperfect tool for sex,” Mazaurette says. Cue a mass sigh of relief among the hordes of men boozing in expat pubs.