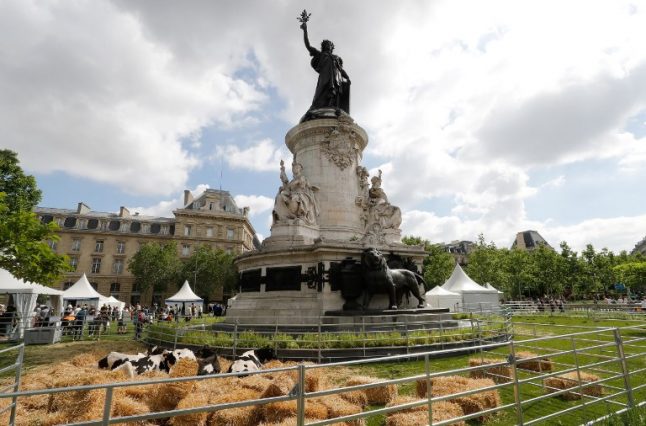 Joining the government of President Emmanuel Macron in May last year, celebrity environmental activist Nicolas Hulot (pictured with Macron below) made clear he was unsure whether he would have much of an impact.

The star, France's best-known environmentalist as the face of the Ushuaia TV programme, had hesitated about joining the ministerial team, having refused similar offers from previous French leaders.

But 12 months later, many campaigners fear that Hulot, the minister of environmental transition, amounts to little more than political “greenwashing” — eco-friendly cover for a government that is not really committed to the cause.

Yet he has signalled recently that he will stay on for now.

“Every day we make compromises, because we're not living in a fairy tale,” Hulot said on French radio Wednesday. His departure would be a major blow for Macron, who has positioned himself as a global leader committed to tackling global warming as he seeks to
compensate for US President Donald Trump's policy of climate change denial.

But behind the international grandstanding, critics point to a series of disappointments in France, where Hulot has lost out and powerful farming and industrial lobbies are seen by some to have prevailed. Environmentalists had battled for a much stricter definition to help limit the dangers from disruptors such as PCBs and pesticides found in food,
make-up, toys, paint and many other household items.

Macron had also promised that Paris would ban the widely used but controversial pesticide glyphosate within three years after the EU renewed its
licence last November.

But in the end, the government has left it to industry bodies to self-regulate and phase out the chemical, produced by US agro-industrial giant
Monsanto, by 2021.

These examples highlight “the gap between what (the president) says and what he does,” noted political scientist Simon Persico in a highly critical
recent column in Le Monde newspaper.

Eric Andrieu, a Socialist lawmaker in the European parliament and chairman of a pesticide commission, said the glyphosate licence renewal was “a patent failure” for Macron.

He highlighted what he saw as the “lack of coherence” in the approach of France's various ministries — between the economy, agriculture, health and ecology.

A target to reduce France's reliance on nuclear power for electricity to 50 percent from 75 percent has also been put aside until after 2025 — though Macron maintains this is necessary to ensure France meets its emissions targets.

The president's defenders argue that he is being pragmatic on the environment, providing political backing for green causes while favouring
gradual steps towards achieving his goals.

On glyphosate, for example, farmer groups had lobbied hard to maintain access to the product, arguing that there is no comparable replacement
pesticide on the market at the moment.

Macron's supporters also point to his backing for organic farming and investment in renewable energy, as well as a law passed last year that bans
the issue of licences for new oil and gas extraction projects on French territory.

The government also scrapped a new airport project near the city of Nantes in western France last year, a victory for Hulot and other environmentalists who had campaigned against it.

Such arguments have failed to convince former environment minister Corinne Lepage, who backed Macron in 2017.

She said recently that the country had “gone backwards.”