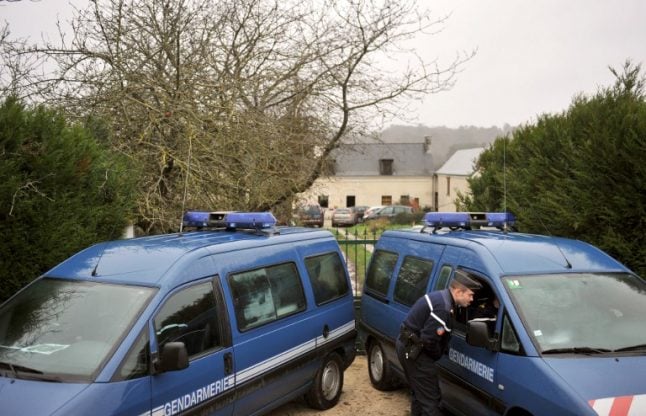 In 2017, Dordogne in southwestern France, which is home to nearly 8,000 English-speakers, including over 7,000 Britons, experienced a record rise in home burglaries.

In all, there were 1,589 across the department, some 455 more break-ins than in 2016, according to figures from the prefecture of Dordogne.

For a department of 416,350 residents living in 252,944 households, that represents a rise in home break-ins of 40.12 percent, one of the highest increases in France last year (see map below).

Most of these burglaries (over 1,000) are carried out in the most rural areas of the department, that are policed by the Gendarmerie, rather than the national police.

For burglaries in general, not just those carried out against homes, the department saw a 21.8 percent rise which meant 2017 saw 2,203 burglaries on all kinds of properties compared to 1,808 in 2016.

It seems thieves in the area are primarily interested in residential properties as commercial burglary of shops and offices in Dordogne has dropped. This crime spike was a shock to the local gendarmerie police and authorities in the area.

“The upsurge of burglaries, already noted in 2016, increased again in 2017 despite reinforced work in the field by the security forces,” read the statement from the prefecture of Dordogne, which was keen to add that the crime rate in the department is half the national average.

No part of Dordgone was spared the rise in burglaries, authorities said, although some sectors were worse hit than others.

The town of Perigueux saw a 12.6 percent rise and Bergerac a staggering 72 percent increase, with an additional 129 burglaries recorded in 2017 compared to 2016.

In the rural parts of the department that are policed by the gendarmerie the areas around Nontron, Sarlat, Bergerac and Perigueux all saw increases, including 118 additional burglaries around Perigueux.

READ ALSO: The teenage burglary gang behind 1,500 break-ins across south of France Is there any explanation for the steep rise?

Police chiefs point to changing tactics by burglars who are working in teams to target a specific area and then move off quickly without being snared.

The chief of the Dordogne local authority Anne-Gaëlle Baudouin-Clerc suggested the same reasoning and that one particular stretch of road was being used by the thieves.
“We're talking about a type of crime that is mobile and this is new. What is very clear is that it's along the motorway, the A89, where burglaries in particular have increased the most,” she added.

As for the rest of the Nouvelle-Aquitaine region, home to 44,000 English-speakers in total, the figures are varied. Deux-Sevres also saw a spike in break-ins and Gironde on the south west coast was among the 15 departments in France with the highest average burglary rate: 9.1 per 1,000 households. On the other hand, Corrèze and Creuse to the east of Nouvelle-Aquitaine were among the least targeted departments in the whole of France.

To see the how your area compares with other for burglary rates click on the link below.

READ ALSO: Where in France are you most (and least) likely to be burgled?

Local authorities have been quick to point out that Dordogne is overall “a safe place”.

“We are one of the safest regions in France but there is a worrying rise in the number of burglaries, especially in people's houses and this is particularly worrying for people and something I am very concerned about,” prefect Anne-Gaëlle Baudouin-Clerc told local radio Bergerac 95.

While burglaries may have shot up they are rarely carried out by armed robbers although a recent assault on a married couple and their two teenage daughters by armed burglars in Saint-Germain-du-Salembre, east of Perigueux, left the community shocked.

The local prosecutor described the motive for the burglary and assault as “pure evil” but the rates of armed robbery have remained stable in Dordogne over the last two years and dropped by half since 2014. In 2017 there were only 15 reported incidents of armed robbery.

As for tackling the rise in burglaries police have called on residents to take steps to reduce the chances of being a victim.

“Everyone has to be more careful and remember to lock the door when leaving the house and close the blinds, France Bleu quoted Périgueux Lieutenant-Colonel Olivier Burnel as adivising residents of the town.

“Neighbours should also be vigilant and warn the police if they see a stranger is entering someone’s house,” he said.

A Facebook post by the gendarmerie in Dordogne reminds residents of some of the well-known tactics used by burglars in the area.

Some thieves will place a stone by your gate, a leaf between the window shutters, or a branch in front of the front door to find out whether the house is currently occupied or not.

READ ALSO: How to avoid being burgled in France and what to do if you are If you find any of these then you know you might be being watched by burglars. Police advise residents to call 17 if they have any concerns and to take down the car registration details of any vehicle they may be suspicious of.

The gendarmes have had some success in tracking down the burglars.

After a spate of house burglaries in summer 2017, all carried out using the same modus operandi – smashing in the barrel locks of front doors, the gendarmes launched a major operation on December 4th which resulted in the arrest of six Dordogne residents.

In contrast to burglaries the rates of other crimes in the department of Dordogne fell last year: violent robberies without the use of arms fell by 6 percent and vehicle theft was down by 8 percent in 2017. The drop in car theft was notable in Perigueux and Bergerac.

Out of the 313 vehicles reported stolen to the gendarmes in Dordogne's rural areas 168 were later recovered.

Indeed the only other crime stat that has raised some eyebrows in the Dordogne press is the rise in assault and battery cases (9 percent), although that has been put down primarily to an increase in domestic violence.

The Local has requested both the gendarmerie and the prefecture to comment on the rise in burglaries.