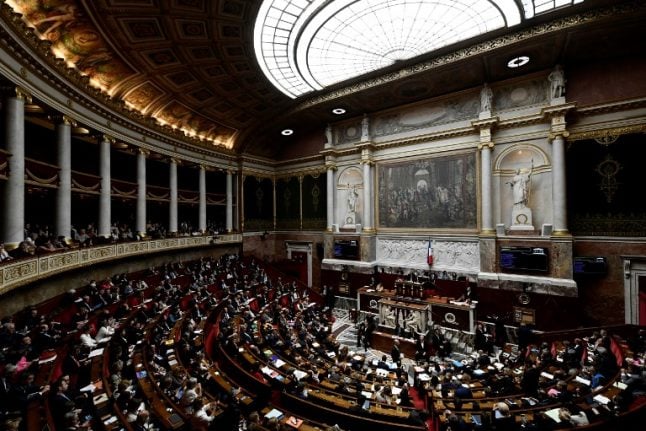 Photo: AFP
The lawmakers are complaining that the mountain of legislation put forward by Macron – a former investment banker more used to 80-hour weeks — is forcing them into overdrive, and that quantity does not necessarily spell quality.
From tax, education and housing reforms to a shake-up of labour laws and the railways, the 40-year-old centrist has been determined to hit the ground
running since his stunning victory last year at the head of a new party.
He himself survives on a few hours sleep a night, determined to strike early in his term with a barrage of reform.
The bills have come at a frantic pace: coming hot on the heels of a new immigration bill and a reform of French railways are bills on professional training, unemployment insurance and the justice system.
READ ALSO: His government readily acknowledges the hectic pace it has set for itself.
“There will be no let-up,” Prime Minister Edouard Philippe said last year.
“France has nothing to fear from this change, but everything to lose from the status quo.”
'We can't make good laws'
If tired MPs are feeling the strain, and complaining that his rush to legislate is stifling debate, Macron's reformist zeal has at least found fans at the International Monetary Fund.
“Over the last year, France has made impressive progress,” the Washington-based lender said in an annual review on Monday.
“With this ambitious pace of reforms France has now become a reform leader in Europe.”
But on the benches of parliament, the cracks are starting to show.
Parliament speaker Francois de Rugy, a Macron ally, took issue with the pace on Tuesday. Photo: AFP
“In recent weeks we have sat for eighty hours per week. We have sat for the last 17 days consecutively,” he said.
“This is not how a parliament normally functions. It is not allowing us to really carry out legislative work, to make good laws.”
His doubts followed a row with MPs from the far-left France Unbowed party, who accused him of trying to “sabotage” parliament with days of gruelling debate over more than 2,000 amendments to a farm bill.
MP Francois Ruffin accused de Rugy of presiding over parliament like “an undertaker over a body”.
“For this agriculture bill, which was set to be a marathon one, de Rugy could have blocked off two weeks. But no, we had to go quickly, on the double,” he complained on his blog.
Exodus from PM's office
Other opposition parties have also expressed frustration.
“We're not trying to tug on the heartstrings,” said Christian Jacob, head of the rightwing Republicans' parliamentary contingent, but “this is not a good way of legislating.”
Parliamentary staff have also complained the workload could be taking a toll on their health — not just because of the long hours, but the worry that
their haste could lead to bad laws.
“Unpredictable schedules may be part of the job, but working at the weekend should not become the norm,” the Association of French Parliamentary Staff warned.
Fatigue has also reached the prime minister's office, where at least 14 secretaries and four advisors have reportedly left their posts in a year.
Asked about the exodus, Philippe said he was looking for “total commitment”.
Christophe Castaner, the head of Macron's party and minister in charge of parliamentary relations, shrugged off the concerns.
“There is a time for action which means moving fast,” he said.
He also assured lawmakers that, unlike last year, they would not be asked to work in August — a sacred holiday month for many French citizens, ideally spent by the beach or in the countryside.
By AFP's Jacques KLOPP