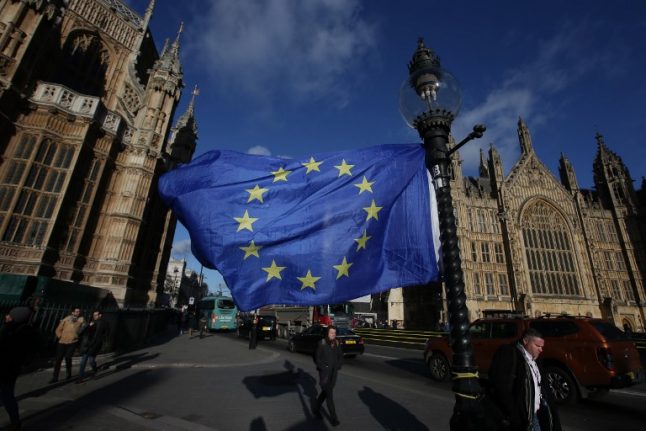 The heads of the British in Europe and Remain in France Together (RIFT) groups gave evidence to MPs on the Exiting the EU select committee in Westminster in London to highlight the growing worries of the 1.3 million Brits living around the EU as Brexit Day approaches.

One of the chief concerns surrounds the registration process of the Brits living in the EU 27 countries after Brexit and in particular in France, where the 150,000 Brits have never had to formally register their presence, which is unlike the case in all other EU states apart from the UK.

But with Brexit drawing near “fear and anxiety” are increasing and while some are applying for French nationality, the official advice from the British embassy and from France's Interior Ministry is for British nationals to apply for a carte de séjour residency permit as soon as possible.

The carte de séjour is seen as the best way to avoid problems and paperwork after Brexit given that anyone who holds one will likely be allowed to simply swap it for whatever new kind of registration card French authorities introduce when Britain leaves the EU. Although nothing has yet been formally agreed.

Kalba Meadows (pictured below) the coordinator from RIFT told MPs in London the uncertainty around Brexit was leading many “to stick their heads in the sand” not knowing the best thing to do.

With tens of thousands of Brits not having applied for a carte de séjour (RIFT believes roughly 26,000 have applied since Brexit or are in the process) it meant the situation was like a “ticking time bomb” and Meadows called on the UK government to do more to help and not leave the job to volunteer groups which is largely the case right now. “It's a situation that cannot go on. We are aware that [British] embassies around the EU 27 countries now have five extra members of staff who have been given the specific responsibility of supporting citizens. That simply isn't enough.

“We are going to need an awful lot more in the months to come,” said Meadows.

She added: “This kind of thing cannot be left to voluntary groups like ours. We simply don't have the resources and it shouldn't be our job to do it”.

She told MPs how the RIFT's volunteer citizens rights teams were working almost 24/7 dealing with queries from people caused by all the fear and anxiety over Brexit.

MPs were told that one of the issues in France is that many Brits who have made rural villages their home have no experience of dealing with French administration and fear going through the process.

Many of these people are living in rural communities and are hard to reach and may not be active on social media. While an active campaign group like RIFT has 8,000 members there are many, many more Brits in France who will still not know what they need to do or how to go through the process.

And there are fears that some of the more “vulnerable groups” living in France, those just about managing to get by on low-paid uncertain jobs may struggle to meet the criteria of any residency registration process brought in after Brexit.

“Our concern is with the people we don't know an those who don't know us. It's very important the British government puts some resources into reaching those people,” said Meadows.

The British Embassy in France has been holding outreach meetings around the country to try to inform British nationals of the latest impact of Brexit negotiations.

The meetings have mostly been well attended but feedback has been mixed as to how helpful they were. But the official advice for Brits now seems to be clear: get a carte de séjour. For more information on the process CLICK HERE.

The Local has requested comments from the Foreign Office and the British Embassy in Paris.

READ ALSO: Brexit: Why Brits in France should get a carte de séjour right now If you are a member of RIFT you can get 50% off the price of membership for The Local France – (meaning €0.99/month for first three months). Email [email protected] for special discount code.