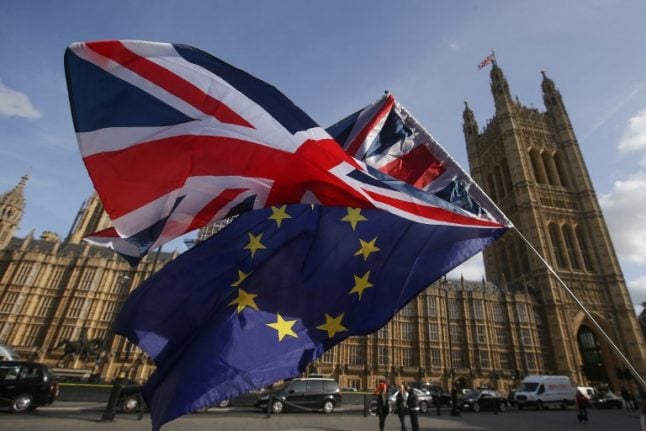 Campaigners from British in Europe (BiE) including representatives from Remain in France Together (RIFT) group headed to London on Wednesday to air their growing Brexit concerns in front of MPs.

They will give evidence to the MPs in the Exiting the EU parliamentary select committee in Westminster and will argue that the future rights of the 1.3 million British citizens living in the EU are still up in the air, even after last December's withdrawal agreement between the London and Brussels. (You can watch the evidence Live via this link from around 10.15 am French time).

“UK nationals living on the continent are still in a holding pattern with no clear landing path in sight,” said British in Europe chair Jane Golding.

Chief among their concerns is the future rights to freedom of movement across the EU that is crucial for many of the 1.3 million Brits living in the EU.

Under the current withdrawal agreement Brits living in France for example will have the right to stay, work and receive healthcare, but not to travel freely and work in other EU countries or even just across borders.

According to British in Europe, 58 percent of their 35,000 members rely on freedom of movement for their livelihoods and 80 percent of the 1.3 million Britons in the EU are of working age.

“Theresa May must ask her EU27 counterparts to include free movement in the withdrawal agreement now if she is serous about her commitment to putting people at the heart of the Brexit negotiations,” Golding said.

“To date we have seen more energy spent on discussing the post-Brexit movement of rights of jam than of people,” said Golding.

Another issue campaigners will raise with MPs is the prospect of Brits settled in France having to register or re-register with French authorities after Brexit. The UK has said it will create a new kind of “settled status” that the 3 million EU residents in the UK will have to apply for after Brexit.

That means EU countries may force the same measure on British nationals living in their countries. This prospect is causing concern in France – a country that has not required British nationals to register up to now and where most have no experience of dealing with French authorities.

Kalba Meadows, coordinator of the Remain in France Together Group said: “If British people living in France are required to reapply for the legal right to remain without any existing register of British people in France, this will rely on Brits understanding the system, knowing that they have to apply and being aware of how to do it.”

RIFT is currently urging the 150,000 to apply for a carte de séjour residency permit, which they believe will help ease any paperwork problems after Brexit (see link below).

“If the draft withdrawal agreement is eventually ratified, it includes the agreement that holders of a carte de séjour will be able to swap them for whatever new special residency card may be required for Britons in future with only production of ID and a criminality check,” Debra Archer from RIFT tells The Local.

“There will be no fee involved. There are at least 150,000 British people living in France, probably more, so there could be long delays in dealing with applications for cards in future.

“Applying now will spread the load and ensure a smooth transition to whatever new system is introduced to document our rights to stay in France.”

If you are a member of RIFT you can get 50% off the price of membership for The Local France – (meaning €0.99/month for first three months). Email [email protected] for special discount code.