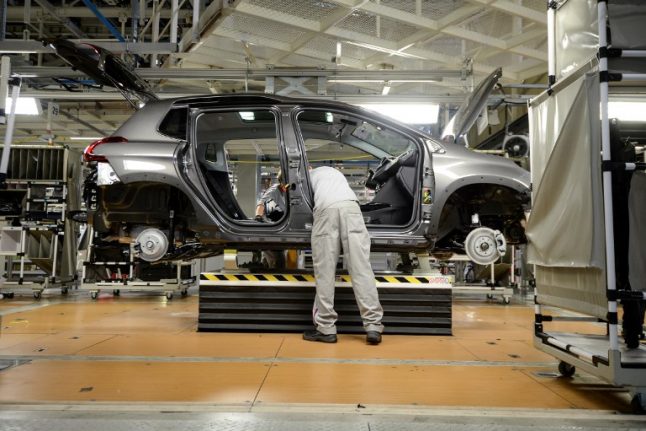 “The group has begun to suspend its joint venture activities, in order to comply with US law by August 6, 2018,” the maker of Peugeot and Citroen cars said in a statement.

European officials have vowed to try to shield their companies working in Iran from the reach of punishing US sanctions that are set to come into effect by November.

But with US President Donald Trump showing little inclination to spare EU companies, they must decide whether to continue to work in Iran if doing so
puts their US operations at risk of huge fines.

It was among several companies which rushed into Iran, hoping to meet pent-up demand in a country that had been squeezed by sanctions for years.

Last year PSA sold nearly 445,000 vehicles in Iran, making the country one of its biggest markets outside France.

Although it has been absent from the US market since 1991, the company said in January that it was hoping to launch a car-sharing service in one or two American cities.

But PSA, which also owns the Opel and Vauxhall brands, also noted that Iran sales still make up less than one percent of its total sales, and so exiting
the country would not alter its financial guidance.

“With the support of the French government, the Groupe PSA is engaging with the US authorities to consider a waiver,” it said.Yet the CEO of French oil giant Total, who was hoping to launch a major natural gas project in Iran, said last week that the chances of winning exemptions to the US sanctions were “very slim”.