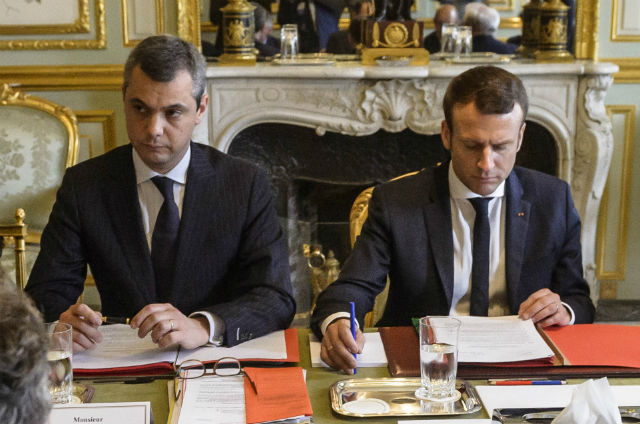 Kohler and the president's office deny the allegations, which were first reported by French investigative media group Mediapart.

The probe will look into Kohler's time as a senior civil servant in France's economy ministry from 2012-2016, the latter two years of which he spent as a cabinet director to Macron who was minister at the time.

The national financial crimes' prosecutor office said it would check whether Kohler respected conflict of interest rules for civil servants as he “could have dealt with issues of interest” to MSC.

Kohler's mother is a cousin of Rafaela Aponte, whose husband Gianlugi founded the Mediterranean Shipping Company (MSC) in 1970 and built it up into a global leader in container shipping and cruise holidays.

French investigative website Mediapart was the first to reveal Kohler's family ties to the firm.

Macron's office on Monday dismissed the allegations as “completely unfounded”.

“Alexis Kohler will willingly send to prosecutors all of the documents that prove his respect of the law during his professional life,” the presidency said in a statement.

Kohler left the economy ministry in 2016 to join Swiss-based MSC as finance director but continued to work on Macron's bid for the presidency in his spare time.

A graduate of Sciences Po university and the elite ENA school for civil servants, like Macron, Kohler was rewarded with the top position in the presidential palace in May 2017.

The media-shy staffer is known for his close personal relationship with the president and was once described as “the last person Macron talks to at night and the first one in the morning” by an aide who knows both men.