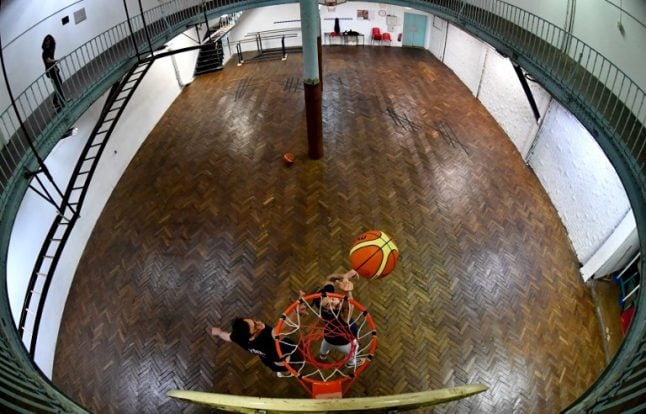 The hardwood court on the Rue de Trevise was inaugurated in 1893 and hosted the first basketball game played in Europe, just a few years after its invention in the US by James Naismith.

But years of water damage have left the floor barely useable for games.

Strips of black tape cover the most vulnerable sections, some boards are missing entirely and players must also dodge two pillars propping up the roof.

“The humidity is warping the floor so it's no longer level,” Sylvie Manac'h of the French YMCA, which owns the site, told AFP.

“We're at the point where soon we won't be able to use it at all.” She has set up a crowdfunding account at GoFundMe with a goal of raising 80,000 euros ($94,000) for repairs, paint work and other renovations at the site.

But there are no plans to try to get rid of the pillars, which are covered in thick paddings in case players slam into them.

The French embraced basketball on its arrival from across the Atlantic, but it especially took off after World War 1.

“Before 1914 it was a sport of the French aristocracy,” said Daniel Champsaur, an archivist at the French Basketball Federation.

After the US joined the fight in 1917, French officers saw that “American soldiers could throw grenades much farther and more accurately than European soldiers,” which they attributed directly to basketball and other US sports, Champsaur said.