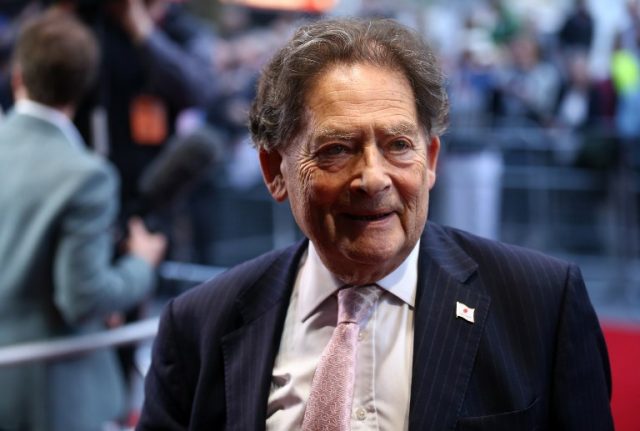 Lawson, former chairman of the Vote Leave pro-Brexit campaign, who lives in the Gers department of the south west, has like, many Britons living in France, moved to secure his status on this side of the Channel given all the uncertainty provoked by Brexit.

Lawson, who lives permanently in the 18th century country house he owns, told The Connexion newspaper that he is applying for a carte de séjour – which is considered the best way Britons can secure their futures in France before Brexit.

Lawson, who once said “I love Europe, that's why I live in France' believes Britain's exit from the EU should come at any cost.

He told The Connexion that the extra red tape Brits in France will have to overcome because of Brexit was “tiresome” rather than “serious”.

“There may be a few bureaucratic hoops to be gone through, which are tiresome, but I don’t think it’s a serious problems,” he said.

“I know Americans who live for varying lengths of time in France and they find things perfectly tolerable.”

But news of the Brexiteer's carte de séjour application did not go down well among some Brits in France where there was even talk of setting up petitions to try to persuade French authorities to turn down his application. Many hoped Lawson's local prefecture in Auch simply turn his application down.

Irony Klaxon! Kick him out! https://t.co/qx8eCsFmBK

The former UK chancellor has long provoked the wrath of those against Brexit who have regularly pointed out that Lawson took advantage of the EU's freedom of movement to move to France but then wanted to take it away from future generations.

Debra Archer from the Remain in France Together anti-Brexit group summed up why many were angry.

“He lives in France and benefits from the EU and yet he advocated for the UK to leave it,” she told The Local.

“He assures us there is no reason to worry and we will be able to continue life as before – and yet he is applying for a carte de séjour to make sure his residence here is documented before the UK leaves.

“Does this mean he expects the UK to crash out with no deal and no citizens' rights agreement or is it just that he feels insecure along with the rest of us and would rather have an EU document to prove his rights than rely on the UK government to secure them?”

Lawson, who once said “I love Europe, that's why I live in France' believes Britain's exit from the EU should come at any cost but told The Connexion newspaper that the extra red tape Brits in France will have to overcome because of Brexit was “tiresome rather than serious”.

“There may be a few bureaucratic hoops to be gone through, which are tiresome, but I don’t think it’s a serious problem.

“I know Americans who live for varying lengths of time in France and they find things perfectly tolerable.”

Russell Hall, who lives in the Dordogne added: “What annoys so many of us is his extraordinarily blasé and casual attitude. Perhaps his wealth and privilege protect him from the chaos and disruption that will affect so many more humble Brits who have chosen to live in France, either full time or part of each year.

“It beggars belief that as many of those seeking a carte de séjour in France struggle to satisfy the many criteria and to assemble the substantial documentation in support of their application, Lord Lawson airily dismisses their concerns, saying he is “not particularly worried. It comes under the category of tiresome rather than serious.”

And amply justified. I hope the préfecture in Auch will cast the coldest eye on his application. https://t.co/pD7YQhdcEc

Read Also: 'Brexpats' in France – which group do you belong to? Lawson's fellow British nationals living in France have been rushing to acquire the residency permits which, although not obligatory given they are still EU citizens, is seen as one way of avoiding future paperwork and red tape once Britain leaves the EU.

The Local reported previously how some departments in France were turning Brits away telling them there was no need to apply until Britain officially left the EU.

According to campaigners France's Ministry of Interior has since issued a reminder to all prefectures around France that Britons have the right to apply and their applications should not be turned away. The Ministry encouraged Britons to apply now to avoid the rush further down the line.

Brits who are in France and those who arrive before the end of the Brexit “transition period” in December 2020 have been told they will have the right to stay in France but they, like EU citizens in the UK, may be forced to apply for some kind of “settled status” residency permit.

Lawson isn't actually alone in being a Brexit supporting Brit who is living in France.

While happily choosing to live in France and within the EU but voting for Britain to be independent might seem like a contradiction to many, things are a little more complicated than that.
Many Brits in France voted to leave the EU, much to the anger and confusion of remain supporters.
Abused, shunned and unfazed: What's it like being a Brexit supporting Brit in France