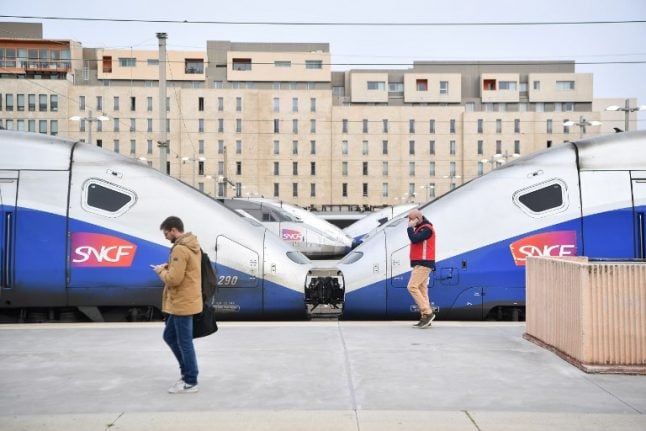 While the disruption on Monday was less severe than in the early days of the strike, there was still problems for passengers.

Some two out three high-speed TGV services were running, but only half of regional TER services and two out of 5 Intercité mainline trains were operating.

Most services on the Eurostar were running as scheduled.

In the Paris region three out of five trains were operating and RER services were also running at reduced service. The RER B which takes passengers to the city's two airports was only running half of normal trains. Anyone heading to Charles-de-Gaulle airport has to change trains at Gare du Nord.

While bosses at French rail operator SNCF were happy the strikes were having less impact on services, unions have vowed to continue the industrial action against the government's plan to reform the rail sector.

The strikes are scheduled to be held until the end of June (see calendar below) but with Senators set to discuss the reforms on Tuesday, Roger Dillenseger from the UNSA union said the strikes would not be halted.

“There is no question for the moment of stopping the movement. It is a question of maintaining the pressure on the Senate, and especially not to leave it free to validate the reform as it stands,” he said.

But if no agreement can be found to pacify the rail unions there will be fears the strikes will run on into the summer holidays.

That's a prospect that would worry rail chiefs as well as all holiday makers in France.

“The French couldn't stand the strike during the summer holidays, and I think that the rail workers themselves, who are responsible people, do not want to spoil their holidays,” said French rail chief Guillaume Pepy.

READ ALSO: What's the state of play with the rail strikes in France