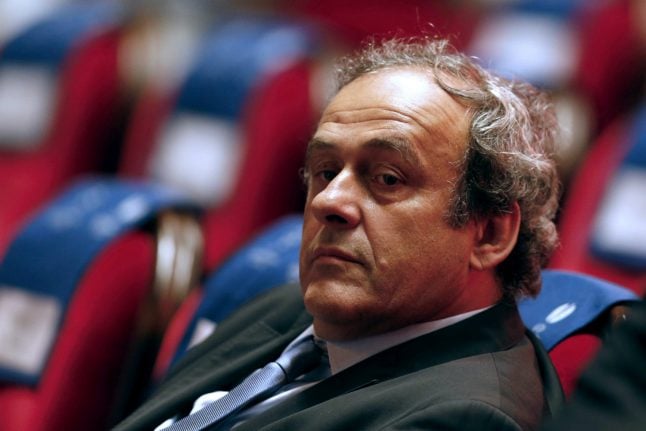 “I hope that FIFA will have the courage and the decency to lift my suspension,” Platini told AFP in a telephone interview.

Platini was banned from all football-related activities, later reduced on appeal to four years, by FIFA following a $2 million payment he received from the body in 2011 for work he did a decade earlier, with no contract to show for the deal.

The payment was authorised by FIFA's then chief, Sepp Blatter. The disgraced Blatter is also now banned following the scandal that rocked world football.

Swiss prosecutors have been investigating the payment and French newspaper Le Monde reported Friday that Platini had been cleared.

The Swiss public prosecutor's office said Saturday that although no evidence had been found “so far” to bring charges against Platini, the investigation “is not completely over”.

Platini could still be required to appear before a judge if new evidence is found in the case, a spokesman for the prosecutor's office said.

The investigation concerns the activities of Blatter during his 17-year presidency of FIFA.

Platini, who was one of France's highest profile players before moving into football administration, told AFP he believed he was now in the clear.

“My legal advisers will take all the necessary measures to ensure the FIFA suspension is lifted,” he said.