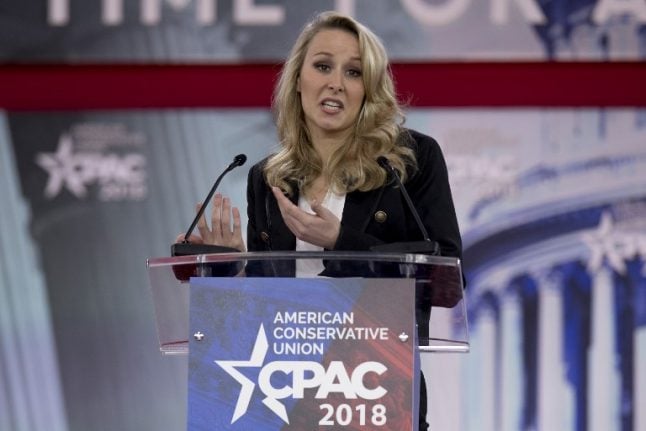 The move has further dismayed Jean-Marie Le Pen, the nationalist patriarch who co-founded France's National Front (FN) party in 1972 and built it up into a formidable political force.

First, his daughter Marine led a campaign to “detoxify” the FN after taking over as leader in 2011 — in the process disavowing Le Pen senior's history of incendiary rhetoric.

During last year's presidential election, Marine used only her first name on campaign material in a bid to widen her appeal and she plans to confirm a name change for the party on June 1 as part of a re-branding exercise.

Now granddaughter Marion Marechal-Le Pen, often tipped as a future leader of the far right despite stepping back from public life last year, has dropped one of the most famous — and infamous — names in French politics.

“Marion perhaps thinks that it is too much of weight to carry,” Jean-Marie Le Pen grumbled last week.

On her social media accounts, Marion has changed her profile names from “Marion Le Pen” to simply Marion Marechal and she announced Thursday she intends to be known by the latter from now on.

The change “was a way to demonstrate my transition to civilian life. I have never and will never feel ashamed of my name,” she told the right-wing
Boulevard Voltaire website.

Marion, a photogenic 28-year-old former MP and devout Catholic, added her mother Yann Le Pen's name to her surname in 2012 as she launched her successful bid to enter parliament, she explained.

Following reported tensions with her aunt Marine, she announced last May that she would not seek to defend her seat in the FN's southern heartland in the Vaucluse area in order to spend more time with her daughter and work in the private sector.

Some observers suspect she intends to return to politics, perhaps to succeed Marine, and a widely publicised appearance at a conservative political meeting in Washington in March fed speculation about her intentions.

“Just like you, we want our country back,” she told her American audience.

Her first act since leaving politics has been to launch a new study programme in the southeastern city of Lyon called the Institute of Social
Science, Economics and Politics (ISSEP).

The school, which will offer Masters qualifications with no formal recognition, will offer highly conservative courses with an emphasis on
“cultural identity”.

Its directors and teaching staff are mostly drawn from far-right and hard-right political circles, with conservative views on immigration, gay rights and French culture.

It will open its doors to students in September.