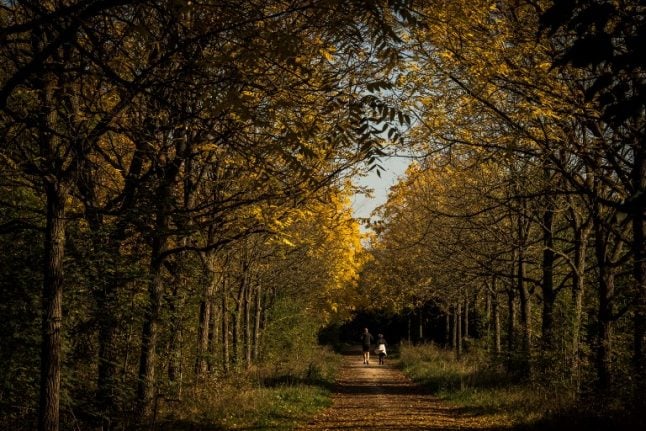 The 51-year-old suspect never strayed far from his hunting ground in the village of Surin, located in between Angouleme and Poitiers (see map below), where he amassed a vast trove of treasures, including laptops, jewellery and pieces of silver.

Mayor of Surin, Claudie Memin, expressed the relief of her residents because even if the man wasn't obviously violent “children and the elderly were afraid”, she said.

“A couple were burgled eight times, they had to install a metal gate in their kitchen. Each time he broke in when they had just stocked their fridge. He must have been spying.”

He was arrested in April 2017 and charged with several burglaries and tried in January 2018 but later vanished into thin air, the local La Nouvelle Republique daily reported.

He was sentenced to 15 months in prison in his absence.

On Tuesday the French authorities, who had issued a European arrest warrant for him, finally followed a trail of broken twigs through the woods to his camouflaged tent hide-out.

There they found their man living a spartan existence, with bottled gas for cooking and a stolen battery-operated television his sole entertainment.

The thief was jailed Tuesday night at Vivonne prison to serve his sentence, pending a retrial for other burglaries.