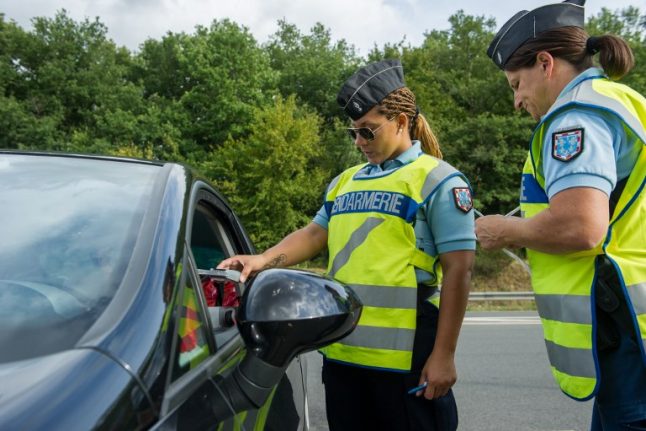 OK, OK, we’ve all heard of the absurd French laws that make the viral rounds every now and again.

Yes, you can marry dead people but you can't name your pig Napoleon, nor kiss someone on a train platform. Officially at least.

But those laws aren’t particularly relevant for the average Joe.

Instead, here’s a collection of laws in France that you really should know, laws that are typically a little different to the rest of the world, and that you might benefit from knowing.

You have to assist someone in need

The law – non-assistance à personne en danger – made headlines in 1997 after Princess Diana’s fatal car crash in Paris. There was an investigation into whether the nine photographers at the scene had a duty to help or not by calling an ambulance.

The rules are quite complicated as to what constitutes danger and what constitutes aid, but essentially it boils down to the fact that you’re obliged to help someone in imminent danger if you are able to, and if helping doesn’t put you in danger.

For example, if you see a fire, you should call the fire brigade. Failure to do so would be considered failing in your duty to rescue.

But if someone was drowning, you’re not legally expected to jump in the water to save the person. If you download a film or any other file illegally to your computer and the French authorities spot it, you may find yourself receiving a warning letter from the French government through the post. Every year, French civil servants employed to enforce this HADOPI law for protecting intellectual property online, send out thousands of these letters. If you are then caught doing it two more times within a year, you could face a fine of up to €1,500.

In France, making too much noise – described in legal terms as “causing an abnormal disturbance to the surroundings that is repetitive, intense and lasts a long time” is illegal.

At night time, the offending noise is called tapage nocturne and applies to any noise which is unusually disturbing. The best thing to do if you can't sleep because of your noisy neighbours and they couldn't care less about your complaints, is to call the police. The antisocial noisemakers could be fined up to €180. Worth knowing, especially if the anti-social noise is coming from you. Taking kids out of school

All school children in France between the ages of 6-16 must go to school. While no parent has yet been fined for taking their child out of class to go on holiday, children in primary and secondary school (not the maternelle for 3 to 6-year-olds because it is not officially compulsory although most children go to it) cannot skip class unless they are ill, have family problems or other pressing issues that their teacher has been warned about.

However, if a pupil is absent too many times, the school director can choose to go through the courts. If the parents are found guilty, they face a fine of up to €375.

It's a leftover from an antiquated law, but if you fall in love with a French person and want to get hitched, you might want to know about it just in case: parents in France (or if there aren't any, the closest of kin) are still legally allowed to oppose the wedding of their child. This actually happened a few years ago when a father managed to stop his child from tying the knot with a transexual person.

If you are subject to an identity check in France and police must have reason to subject you to one, then you'll need to prove you are in France legally. According to the official government website a foreigner “must always be in possession of the necessary papers authorizing their presence in France”. That could be a passport, a residency permit or a visa.

These ID checks can only take place in public areas.

According to the government website a foreigner, who is not in possession of the necessary ID papers, may be taken to the local police station and “be detained for the purpose of verifying his right to stay”. What to do after a car accident

If you’re unfortunate enough to get in a car accident in France, there are several laws that you should know.

As mentioned above, remember it’s your legal duty to help injured people if it is safe to do so. This includes calling the emergency services.

You are also obliged to wear a safety vest and put out a warning triangle to slow other cars, both of these items are legally supposed to be in your car (more info on this below).

You will have to fill out an accident form on the site (as will everyone else involved in the crash), and it will likely be in French. You can get an English copy here, which some experts recommend you have at the ready at all times.

Make sure you get these documents right the first time, matters can quickly get complicated if you change them.

Lastly, take these forms to your respective insurance provider.

There’s a lot more information about having an accident on the French roads here.

Give way to the right while driving

Here’s a complicated one, made further complicated by the fact that sometimes you don’t actually have to give way to the right.

In short: If you’re driving and there’s a vehicle trying to join or cross the road to your right, then you’re obliged to let them in.

Keep an eye out for the signpost on the right, this means you have to give priority to the right.

Even roundabouts, especially in smaller towns across France, can often have la priorité a droite.

Remember, there are a lot of accidents in France where people don’t give priority to the right – and if you’re to blame, you’ll have committed a refus de priorité. You’ve been warned!

This site explains the law in more detail (and in English).

The drink-driving limit is 0.5mg/ml

In France, you are allowed a maximum of 0.5mg/ml of alcohol per litre in your blood. This is stricter than in the UK, where it is 0.8mg/ml, but not nearly as strict as other countries like Sweden, which has a zero tolerance approach to drink driving.

To be honest though, the French don’t take the law that seriously. A survey in 2014 showed that 29 percent of respondents admitted to driving with more than the legal limit of alcohol in their system.

The limit is the same for cyclists too! Safety equipment in your vehicle

Under French law, all cars, including those registered abroad, must carry a reflective safety vest that is accessible without getting out of the car and a warning triangle that must be placed behind the vehicle.

The idea is to cut down on the chances of getting run over in the case the car breaks down. On-the-spot fines of €135 are handed out if the equipment is missing.

You can cycle through some red lights

This is a particularly new law in Paris, introduced in 2015. The idea: If you can see the sign (below), then you can cycle through a red light.

Essentially, the signs are only there if there aren’t any roads to the right, meaning you won’t be cutting anyone off. But beware, getting caught going through any other red light can end up in fines.

Other road rules to consider

And if you cycle in France, you need to make sure that your bike is properly equipped: it must have a white light at the front and a red one at the back, a bell with a 50-metre range and pedals with orange reflectors. If you're tempted to avoid traffic by swerving onto the pavement don't – only children under 8 are allowed to do that. And don't use your mobile phone and cycle at the same time or you could be fined €35!

You've got to pay your taxes

The tax man in France is a serious man and should be treated with the utmost respect.

And he doesn’t take lightly to people not coughing up at tax time.

For minor offences, you may get away with a slap on the wrist, sure. But serious offences can lead to interest charges of 4.8 percent a year and a penalty of up to 80 percent of the underpaid tax.

If you commit blatant fraud, you can expect substantial fines and potential prison sentences.

You would be forgiven for thinking this wasn't actually a law in Paris if you take a look around the streets on an average day.

It might sound like common sense, but you risk a fine of €68 if you're caught littering, urinating in the streets, letting your dog defecate on the pavement or tossing your cigarette butts on the streets of Paris.

Now, most Parisians ignore these rules and a total of 350 tonnes of cigarette butts are collected each year in the French capital.

But the City Hall has started rolling out an anti-civility brigade to crack down on these misbehaving smokers and the fines are becoming more and more common.

Have we missed any vital laws? Please email [email protected]